Calling for a national debate on euthanasia and mental illness

The snowball of euthanasia in countries where it is legal is increasingly expanding the boundaries of the culture of death (see HERE). It began by being permitted for terminally ill patients, then for seriously ill patients or those in great pain, then for 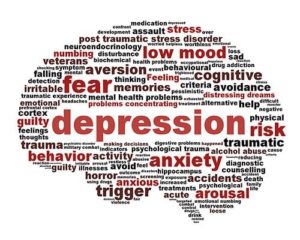 It is about people who are not terminal and, in principle, could live for many years. Euthanasia for psychological reasons.

people with a mental disorder, and now, advocates want to extend it for simple psychological suffering, making it almost indistinguishable from assisted suicide. However, a powerful reaction of professionals who treat these patients — even those who support euthanasia — against this permissiveness is beginning to emerge (see HERE).

Euthanasia to the vulnerable included for psychological reasons

In relation to this, on 31 October last year, 42 Belgian psychiatrists, psychologists and academics published an open letter calling for a national debate on euthanasia and mental illness, in which they say that:  “Euthanasia because of unbearable and futile psychological suffering is very problematic. It is about people who are not terminal and, in principle, could live for many years. Therefore, extreme caution is appropriate both clinically and legally. The essence of the case seems to us that in estimating the hopelessness of one’s suffering, the subjective factor cannot be eliminated…”.