After civil proceedings were opened against pharmaceutical company Bayer all over the world because of the higher risks of serious adverse reactions associated with its contraceptives (see HERE), now, under the authority of the Ministry of Health of Spain, has called for pharmaceutical giant 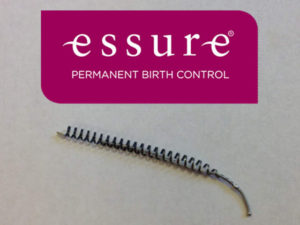 Bayer to stop marketing the contraceptive Essure and to withdraw it from the market, ” as it does not have a valid CE marking certificate”. Thus, as a precautionary measure to avoid birth control implant risks, the Spanish Agency for Medicines and Medical Devices (AEMPS) has ordered health centers and professionals who have Essure to stop using it.

The AEMPS note explains that “Essure® is a permanent contraceptive system, designed to be used as a micro-insert to block the Fallopian tubes and that acts mechanically by causing a foreign body reaction that causes blockage of the tube”. It adds that “it is not advisable to remove the device or modify the follow-up guidelines of users.” Suspension of the certificate was effective from 3 August 2017 for a period of 90 days until 2 November 2017. On 4 August, the European Union took the decision to suspend the marketing of these sterilization implants for three months, after the body responsible for renewing the certification required additional elements before reaching a decision (see further information HERE)