World’s first kidney transplant from a living donor with HIV

Surgeons in Baltimore have performed what’s thought to be the world’s first kidney transplant from a living donor with HIV, a milestone for patients with the AIDS virus who need a new organ. If other donors with HIV come forward, it could free up space on the transplant waiting list for everyone. 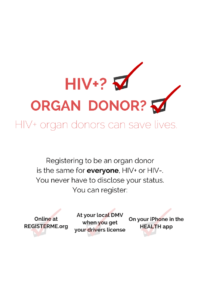 HIV organ donor Mina Martinez of Atlanta traveled to Johns Hopkins University to donate a kidney to an HIV-positive stranger, saying she “wanted to make a difference in somebody else’s life” and counter the stigma that too often still surrounds HIV infection.

Many people think “somebody with HIV is supposed to look sick,” Martinez, 35, told The Associated Press before Monday’s operation. “It’s a powerful statement to show somebody like   myself who’s healthy enough to be a living organ donor.”

Johns Hopkins Hospital, which is making the transplant public on Thursday, said both Martinez and the recipient of her kidney, who chose to remain anonymous, are recovering well.

“Here’s a disease that in the past was a death sentence and now has been so well controlled that it offers people with that disease an opportunity to save somebody else,” said Dr. Dorry Segev, a Hopkins surgeon who pushed for the HIV Organ Policy Equity, or HOPE, Act that lifted a 25-year U.S. ban on transplants between people with HIV (March 28, 2019, Associated Press).

HIV organ donor debate.  Other experts have been more cautious

For example,  Dr. Alan Taege, an infectious disease expert at Cleveland Clinic, told Healthline that while news of Martinez’s donation is a significant development, the medical community still needs to be cautious. From a bioethical point of view, our opinion, this statement is wise.