Robin Attfield is a long-standing participant in a new branch of Philosophy that has come to be known as Environmental Ethics. This short format book deals with the issues of environmental ethics from many different points of view. 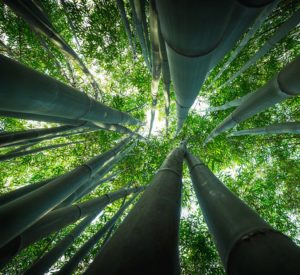 The author seeks to undermine the foundations of the anthropocentric view of nature. He constantly advocates the consideration of nonhumans in human decisions. He resists the view that humans are masters of nature.

In his environmental ethics review, the author summarises the main characteristics of two kinds of ecological movements, neither of which he endorses:

One that qualifies as “shallow”, relating only to developed countries, and for no longer than 50 years, and to the extent that the consequences of current action are seen within them.

The “deep” one, advocated by the Norwegian philosopher Arne Naess and known as “Deep Ecology”, which defends a stance of biospheric equality that asserts that one’s true self is composed not only of one’s physical body but also of the whole of nature. This movement advocates a drastic reduction of the human population, and leads its followers to extreme positions to the point of rejoicing in human catastrophes.

Nature: There is more to this concept than can be covered here. We should understand that if we are nothing but part of nature, everything we do can be interpreted as natural and correct. But if we are not part of nature, humanity could not have evolved from nature, contrary to Darwin’s theory. The author seeks a resolution to this paradox.

He criticizes Ancient Stoicism as an influential ethical system which advised humanity to “follow Nature”… which means in practical terms ceasing to try to control the events in our lives and focusing instead on controlling our feelings about them. However, this vision was unable to inspire improved social arrangements (let alone goals such as conservation) and tended to advocate compliance with the status quo instead.

Environment: the author advocates a universalist conception that goes beyond local surroundings and extends this concept to natural systems.

Moral standing: the author maintains that every living thing, human or not, enjoys moral standing (or moral consideration), which does not of itself oblige us to prioritise it.

The author advocates the greatest possible protection of the interests of future generations. He reminds us of ancestral customs such as those Africans for whom land belongs to the clan (future as well as past and present), and not only to current individuals.

The long-lasting impacts must be considered on a par with current ones.

This vision raises Derek Parfit’s Non-identity Problem, not least as a problem for interventionism. For current policies adopted to assist future generations will create different people from those who would have existed without our intervention. For the author, as for Parfit, this presents no obstacle from the moral point of view, since we have obligations with regard to whoever will live in the foreseeable future.

Others object to future-related obligations on the basis of the uncertainty of future benefits and harms; maybe there is no need to make any sacrifice for future generations, if technological progress will enhance their quality of life. We should, however, understand that the logical solution would be not to promote what we think they will want, but not to undermine their foreseeable needs (such as liveable climate) either.

You have to go beyond the requirements of recognised rules. According to Kant, we must meet the criteria of reason. The effects of actions are not all predictable, but it is possible to predict their foreseeable consequences. The author defends consequentialism, distinguishing it from utilitarianism.

We should discard any contractualist theory that affirms whatever would be agreed by rational bargainers, but perforce neglects both future interests and non-human interests. The author further advocates moral education based on consesquentialism, and thus on foreseeably beneficial rules and traits.

Sustainability ethics. We must attain a sustainable population level, and sustain the planet’s capacity for regeneration. Examples include sustainable food-production and sustainable irrigation.

The author presents an alarming fact: almost a quarter of the current 9 million species are threatened in the next three decades.

This chapter takes a tour of the main social movements that have arisen in environmental matters: Deep Ecology, Ecofeminism, Social Ecology, the Environmental Justice Movement, and the Green Movement. The last of these already has an important parliamentary presence in many European countries.

Against the line followed by Lynn White, who strongly attacks Western Christianity, the author argues that Christianity has promoted over time the idea of the stewardship of all natural resources on the part of humanity, an approach which need not involve instrumentalism. He further defends the recent papal encyclical in environmental matters: “Pope Francis, who in his encyclical Laudato Si’ (subtitled “On the Care for our Common Home”) advocates biodiversity preservation and urgent action on climate change, regards access to water as a human right, seeks to reduce inequality, and urges everyone to approach nature and the environment with wonder.”

Chapter 8 The ethics of climate change

The author expresses sympathy for a system called contraction and convergence, according to which the emissions of countries are restricted in proportion to their population, and unused emission entitlements can be purchased, with redistributive effect. He also advocates the return of the USA to the Paris Agreement.

Lawyer and Doctor of Law