The December 2019 issue of Bioethics News includes a report on the possibility of obtaining organs for transplantation from still-living persons. It particularly refers to the fact that people who wish to commit suicide may volunteer to have their organs removed by a surgical procedure. This practice has come to be known as death by donation.

Now, an article has been published in Linacre Quarterly untitled, Does It Matter How We Die? Ethical and Legal Issues Raised by Combining Euthanasia and Organ Transplantation, which also addresses this thorny issue, questioning at the outset why “death by donation” is on the rise.

There are bioethicists who accept that obtaining organs from a euthanized person is ethical, since these are harvested after the person is dead, but they are opposed to “death by donation”. However, according to Wes Ely, a specialist in Intensive Care at Vanderbilt University, in both circumstances, removing the organs is a violation of the most elementary ethical standards, because it violates the so-called “dead-donor rule”, an ethical standard that prohibits the removal of organs until there is evidence that the person has died. This cannot always be determined in cases of euthanasia, though, since the concept of “brain death” is not uniformly adopted. The authors refer to the different definitions of “brain death” in different countries and circumstances, making it difficult to assume a universally valid definition of the concept.

In the opinion of the author of the paper—a view that we share—if human beings have the dignity to which they are entitled (simply because they are human, and this includes respect for their lives), euthanasia for organ donation violates that dignity, because the individual in question remains a human being at the time the organs are removed. While this type of euthanasia may still ignite some kind of ethical debate, “death by donation” does not seem to be ethically supported from any point of view. 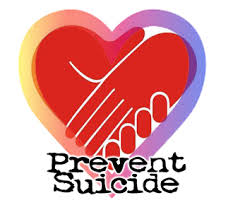 A further aspect to take into account is the participation of doctors and nurses in “death by donation” or “donation after euthanasia,” which makes it necessary to guarantee “conscientious objection” for those health workers who refuse to collaborate in these acts.

Another fact to consider is why some people who agree with euthanasia find “death by donation” ethically unacceptable. To this, we must respond that it is because it directly undermines human dignity, according to the most widespread philosophical thought, because in this practice, the person is used for a purpose that goes beyond donation after euthanasia. In our view, “death by donation” is clearly a homicidal act.

To conclude, the author discusses whether euthanasia could be considered an ethical practice if it presupposes an option for donating organs for transplantation. However, this does not seem to be the case, because the ethical judgment that euthanasia merits should not be linked to the subsequent donation of the euthanized person’s organs, much less, in our view, when the person dies as a result of removing the organs, since this is, as has already been said, a clearly homicidal act.

Organ donation from euthanized patients. The practice is controversial and currently only allowed in Belgium an Netherlands