Stem cell research. The two sides of the coin

The “heads” of stem cell research

Stem cells today represent a great hope for the future of regenerative medicine due to their ability to differentiate into cell lines of almost any tissue, making them a promising therapeutic option for many diseases.

These pluripotent cells are found in embryonic and also in adult tissues. Their isolation and culture in specific media may lead to the development of tissues that are useful in regenerative therapies for conditions such as heart disease, myelopathies, diabetes, nerve injuries, retinopathies, etc. After their isolation, they are injected directly into the tissues to be regenerated, so that the stem cells differentiate into cells of these same tissues.

A third way of obtaining pluripotent cells is that described by Yamanaka 10 years ago, a finding for which he was awarded the Nobel prize in Medicine. Starting from a differentiated adult cell, Yamanaka managed to find a way of “dedifferentiating” it so that it returned to its pluripotent state, to then “redifferentiate” it into a particular cell line with therapeutic utility. These are known as iPS or induced pluripotent stem cells.

Similarly, tissues that simulate the function of certain organs have been reproduced in vitro from stem cells, and could, in the future, be an alternative to current organ transplantation.

The current state of the clinical application of stem cells remains uncertain. Although successful outcomes have been reported in some fields, such as cardiology and haematology, many clinical trials and therapeutic applications have failed due to problems arising in the differentiation processes and the appearance of tumours.

The “tails” of stem cell research

The eagerness to obtain results from stem cell-based techniques has led some researchers and clinicians to offer treatments that do not possess the minimum safety and efficacy criteria required. An article published last year in the scientific journal Cell Stem Cell complained about the need for greater supervision of businesses offering stem cell therapy, given the non-existent efficacy of many of these treatments and the high risk of onset of uncontrolled side effects.1

In 2014, the journal Nature reported the tragic end of a researcher who had published two papers on adult cell reprogramming using simple exposure to an acid medium.2 After other laboratories were unable to reproduce the findings, the method was shown to have defects that led to retraction of the papers. As a result, the author, Yoshiki Sasai, became depressed, eventually committing suicide on 5th August the same year. 3

An article has just been published this month in The New England Journal of Medicine, describing stem cell treatments carried out in a clinic in Florida (US) on three patients aged from 72 to 88 with age-related macular degeneration (AMD).4 The technique consisted of injecting stem cells obtained from the patients’ own abdominal adipose tissue into the vitreous body of both eyes. The outcome was complete loss of vision in all three patients (more about this case HERE)

Doubts about the quality of this procedure arose because both eyes were treated simultaneously, going against advice recommending that only one eye be treated, so that vision is conserved in one of the eyes, should undesirable effects appear after the first intervention. Secondly, the patients were not informed that they were participating in a clinical trial, and were paid 5000 US dollars for the intervention.

The study had been registered on ClinicalTrials.gov, which is a database that includes all publically and privately supported research in the United States. The U.S. Food and Drug Agency, which is responsible for regulating clinical trials with medicinal products, did not intervene in this case, since the procedure involved cells from the patients themselves, i.e. autologous cells, which are not considered a medicinal product.

The patients suffered blindness with bleeding and retinal detachment one week after the intervention. Contrary to expectations, the stem cells injected did not evolve to retinal epithelial cells, but to fibroblasts, implicated in tissue scarring. 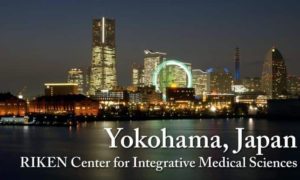 Fortunately, other research teams have not proceeded in the same manner. This is the case of the trials conducted in the Riken Centre in Kyoto (Japan), also aimed at treating AMD, but in this case using iPS cells (see HERE). Although the trial was halted in a second candidate due to a lack of guarantees regarding the genomic integrity of the cells obtained, the first patient treated had stabilised their vision one year after the procedure, with no side effects. 5

Ethics of clinical experiments and their therapeutic applications

Researchers are responsible for applying strict safety, efficacy and reliability criteria to both clinical experiments and their therapeutic applications. However, effective regulatory bodies are necessary, preferably at international level, to oversee the clinical provision of stem cell therapies such as those discussed above. If not, we run the risk that one the most hopeful clinical applications of recent years will become a strategy aimed at the illicit enrichment of some at the expense of the health of patients who trust in these techniques as a last hope for diseases for which there are currently no effective alternatives.

Again, strict bioethical training of researchers and clinicians is the only tool to prevent these abuses, which try to convert science into the market.