MANCHESTER, England – A Catholic bioethics institute warned the Scottish government that children will be at increased risk of harm under proposed changes to the law on gender recognition.

The Anscombe Centre for Bioethics said proposed reforms to allow people to change gender by “self-declaration” will encourage vulnerable children to make life-changing decisions they may regret.

In a seven-page briefing paper on the Scottish Review of the Gender Recognition Act 2004, the centre said children in particular “should not be encouraged or assisted to make life-changing and potentially permanent legal changes of status or medical changes to their bodies.” 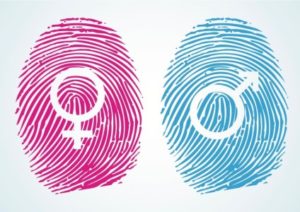 At present, people may obtain certificates of new gender recognition under the act if they are diagnosed as having “gender dysphoria” and have “transitioned” into a gender of their choice for at least two years.

A Feb. 9 briefing paper from the Anscombe Centre said there was evidence that “with the onset of puberty, most children with gender dysphoria come to identify as the gender congruent with their birth sex.”

“Legal transition for a teenager, like other aspects of social transition, may prove a harmful distraction from the psychological issues that might have been addressed in their own right by the young person working together with mental health professionals and others,” it said.

“We are concerned that young people under 18 and even under 16 might be invited to make a permanent change to their legal status via a mere self-declaration on a question as fundamental as gender identity,” the document continued.

The center said that while the government consultation was “not directly concerned with medical or surgical interventions, but only legal gender status, if a 16-year-old were granted permanent legal recognition in the opposite gender, then it would surely be more likely that he or she would be offered irreversible surgery, or at any rate, still-experimental interventions whose long-term effects are unclear.”

Anthony Horan, director of the Catholic Parliamentary Office, an agency of the Bishops’ Conference of Scotland, said the Catholic Church opposed the philosophy underpinning the proposed reforms because it presented gender not as a biological fact but as “a mere construct of society that is fluid and changeable.”

“Gender dysphoria continues to be recognized as a genuine, troubling medical condition,” Horan said in Feb. 11 email to CNS. “By moving to a self-declaratory model and de-medicalizing the wish to transition legally, we may fail to provide the necessary support for those affected by gender dysphoria in the form of contact with health professionals.”

The Anscombe Centre serves Catholics in the United Kingdom and Ireland. Proposals similar to the Scottish proposal are expected in England and Wales later this year.

Anscombe also used the briefing paper to call for the rights of people opposed to the ideology to be protected from discrimination (Crux, 2-13-2018).