Skip to content
Home/Assisted Suicide, BIOETHICS NEWS, Coma Patients, Euthanasia, NEWS and VIEWS, Palliative Care/Palliative care and sedation. When is it suitable to sedate a patient and when is it covert euthanasia?

Palliative care and sedation. When is it suitable to sedate a patient and when is it covert euthanasia?

In Italy, the mystery surrounding the circumstances of the death of Marina Ripa de Meana, multifaceted writer and Italian cinema and television celebrity, who died on 4 January at 76 years of age, has helped equate palliative care and deep sedation with euthanasia in the public view.  To clear any misunderstandings, Benedetta Frigerio interviewed Claudio Bulla, an internal medicine specialist in palliative care for who explained with great precision 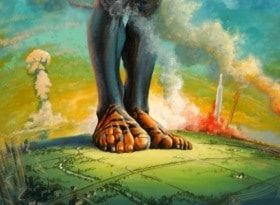 – What is deep sedation?

– We generally refer to palliative sedation. It is a treatment that consists of reducing or removing a patient’s consciousness, with their consent, when the best available care can no longer relieve their suffering. It can be temporary or continued, partial or complete, i.e. deep. The first is performed when, for example, at a certain time of the day, one of the patient’s disease symptoms is very intense and cannot be controlled with drugs; in this case, the patient is asked if they want to sleep, at least for the night or for a few hours during the day. When they wake up, the symptom is more tolerable. However, if the symptom is really refractory (resistant), it is advisable to start permanent sedation in which consciousness is continuously removed until natural death.

When the suffering symptom is really refractory (resistant), it is time to start permanent sedation in which consciousness is continuously removed until natural death.

– How long can deep sedation last, i.e. from the time at which the disease symptoms become intolerable and uncontrollable?

– The literature refers to an interval ranging from one to thirteen days from the start of sedation until death. In my experience, though, this type of sedation is almost always administered in the last hours of life. The symptoms are intolerable when the patient can no longer bear them despite the best therapeutic attempts to relieve them.

– How do you assess the use of deep sedation when it is not necessary to control the symptom?
– There are guidelines published by the Italian society of Palliative Care which state that the patient must be informed and their consent obtained. Deep sedation is necessary only when there is an intolerable symptom that does not respond to even the best palliative therapies. Otherwise, it cannot be carried out. It is even ethically wrong, because consciousness is an essential property of the person, at the end of life as well, a time at which many people show fear of dying but wish to be able to keep contact with the life they have left and with their loved ones.

– If consciousness is a fundamental property of the person, what other objective good worthy of protection justifies the possibility of killing them?

– A serious refractory symptom that generates intolerable suffering in the opinion of the dying person. I’ll give you another example: shortness of breath creates enormous distress in patients. When the standard treatments (morphine, cortisone, anti-anxiety medication) are no longer enough to relieve the symptom and the distress it causes, sedation should be proposed to the patient. The good objective worthy of protection is the duty to relieve the pain of the suffering person. Therefore, this is the only aim, which has as a consequence, the loss of consciousness without hastening death, which will arrive naturally. Studies in the literature suggest that this treatment is applied to 20% of dying people, normally when death is already imminent.

– Can deep sedation be used to hasten death? If so, how?
– If the person’s body shows no signs of imminent death and the prognosis for survival is more than 3-6 weeks (there are prognostic assessment tools in palliative care), administering deep sedation, perhaps suspending food and fluids, is a morally illicit act that hastens death.

– Can deep sedation be used to hasten death without depriving the person of food and fluids?

– I repeat, the aim of sedation is not to cause death, but to treat the suffering. Death can be hastened using an excessive dose of sedatives, with respect to the need to reduce or relieve the symptom. It is clear that if the doctor’s objective is only to control the symptom, it is difficult to voluntarily exceed and increase the drug dose.

(Excerpt from the interview published in La Nuova Bussola Quotidiana).