Existential suffering and assisted suicide. Increasing individuals with worthy lives opt to end their lives. Why? 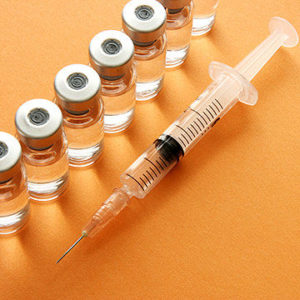 Our Observatory recently published a large study (see HERE) warning the slippery and very dangerous consequence of the legalization of euthanasia and assisted suicide which stated that, “If laws are passed that lay the foundations for the validity of suppressing lives “unworthy” of living, not only would it be recognising the existence of unworthy lives and diseases, it would also be differentiating individuals with worthy lives who no longer want to go on living them. Because if a right to die is recognised, why limit it to just a few individuals? This, unfortunately, would be the next slippery and very dangerous step.”

Now a qualitative paper is published by BMC Medical Ethics (May 14, 2019), studying this particular matter in Switzerland, which states (referring to the Switzerland law) that “No restrictions relating to the ground of suffering (that motivate an assisted suicide request) are mentioned. Existential suffering as a reason for wanting to die and, however, gives rise to controversial issues. Moreover, existential suffering lacks definition and no consensus exists on how to evaluate and manage it. This study explores the perspectives of care professionals and volunteers from a “right-to-die organization” on existential suffering as a motive for assisted suicide requests.”

The study continues saying that according to all participants (24), suffering coming from:

Another interesting point was that four stories referring to a “pure” existential suffering were found. This suffering was related to a feeling that life has come to an end, without identification of any other related restriction or suffering.

Finally, the paper concludes that the so-called existential suffering is multifaceted. Legislators and right-to-die organisations have to address the question of what makes an AS (assisted suicide) acceptable. The plurality of existential suffering implies the need for very personalized care. A better understanding of what it is made of could provide a “toolbox” to people concerned by these requests, helping them to explore it in order to offer suffering people a wider range of alternatives.

From a bioethical point of view, more suffering people are asking to die because caregivers and medical staff present no other alternatives. The result of the application of laws on assisted suicide appears to be the establishment of a culture of death.