Skip to content
Home/Bioethics, Origin of the universe and life, SPECIAL REPORTS/Life outside our planet is unlikely – A recent study opens a new avenue for understanding the question

Is there a probability that there are other intelligent civilizations in the Observable Universe? Scientific approach

Emergence of Life in an inflationary Universe[1] is the title of an article published in the journal Nature Scientific Reports last February, authored by Tonomori Totani, a professor of Astronomy at the University of Tokyo. In the paper, Totani links the latest biological knowledge of the emergence of life with astrophysical theories about the evolution of the Universe, to propose a new approach to the existence of life. 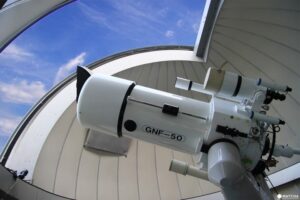 Perhaps the most exciting question that mankind has ever faced is whether we are alone in the Universe. For this reason, the simple matter of the existence of elementary life outside our planet arouses our utmost interest.

We know that life on Earth has arisen only once, about 3.5 or 4 billion years ago, with no signs of a later appearance. The transition from inorganic to organic matter and to more elementary life through random evolutionary processes is presented to us as extraordinarily difficult and rare. An essential characteristic of life is the ordered information in the DNA and RNA and its replication. How this information surfaced is the most complex incognita of the process of the emergence of life.

The prevailing theory to explain the evolution toward life tells us that, even though the DNA carries the instructions to construct an organism, it is the RNA that regulates the transcription of the DNA sequences. It is also much simpler than DNA, is considered to be subject to Darwinian natural selection, and is also inheritable. These are some of the reasons why it is thought that the origin of life began with the formation of RNA.

RNA is formed by a chain of ribonucleotides (see Appendix 1). It has recently been shown that RNA can be formed from monomers on clay surfaces, which can catalyze the polymerization reaction. Experiments in test tubes (in vitro) have shown that RNA with a type of catalytic activity can evolve to RNA with different catalytic properties. A basic assumption is that an RNA polymer assembled abiotically (i.e. in a way that involves the absence of life) acquires a self-replicating ability if it is long enough and has a correct nucleotide sequence. According to laboratory experiments, this minimum length is estimated to be between 40 and 100 nucleotides.

Totani’s work opens a new avenue for understanding the question of the emergence of life, by assessing the likelihood of its appearance in the Universe. This is based on two pillars:

Using these data, he calculated the probability of production of an abiotic process that has the possibility of subsequent Darwinian evolution. This was extrapolated to the whole Universe or a partial area of it with a certain number of stars.

The result of his calculations enabled him to say that: “the expected number of abiogenesis events is much smaller than unity when we observe a star, a galaxy, or even the whole observable universe.”

However, the size of the Universe could be even 1078 times larger in size than the part with which we are connected through light. According to the results obtained by Totani, in this space, there is a significant probability of generating life.

The new approach based on biological and astrophysical current knowledge

We have already said that this paper brings a new approach, by combining biological and astrophysical concepts, but it also takes account of the latest criteria acquired mainly in RNA formation tests, which is why the results reflect current knowledge in this area.

It is important to emphasize that, since the laws governing the Universe are the same throughout space-time, the concepts used in the calculations are independent of the conditions of our planet.

It is also interesting to note that the study refers to the emergence of the most elementary life. Progress towards more complex life forms requires Darwinian evolution, which needs certain conditions of temperature, time, atmosphere, absence of radiation or cataclysms and many others. These types of conditions are dependent on the position in the Universe, and many scientists consider the Earth to be a privileged place. We can therefore say that the presence of evolved life in our Universe, the Observable Universe, is even scarcer than indicated by Tonomori Totani’s calculations. And as he himself says in his paper, “[t]his gives an explanation to the Fermi’s paradox” (see Appendix 4).

Appendix 1: Ribonucleotides and life outside our planet question

A ribonucleotide is an RNA nucleotide that consists of a phosphate molecule, a sugar (ribose), and a base that can be: uracyl (U), adenine (A), cytosine (C), or guanine (G).

The image depicts a chain consisting of four nucleotides with different bases (C, G, A, U). Each link contains a base, a sugar (ribose, grey in the image) and a phosphate (turquoise). 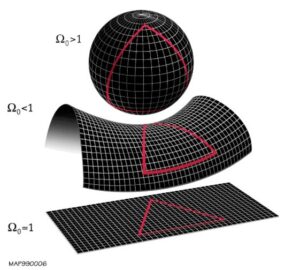 Appendix 2: Flatness of the Universe

General Relativity equations lead to a form of the Universe that can be open, closed or flat, depending on the density (Ω0 is the relative density) and the expansion force.

However, the conditions for it to be flat are highly unstable, and therefore a huge balance is required between the factors involved and extremely unlikely initial conditions of the Universe.

The reality is that the Universe we see is flat. In it, two parallel lines never intersect and the sum of the interior angles of a triangle adds up to 180o.

It is agreed that inflation, which is an incredible expansion of the Universe that lasted fractions of a second in the instant after the Big Bang, is the cause of this flatness.

Indeed, regardless of the initial curvature of the universe, it is automatically “flattened” by the immense stretch or inflation of space-time, just as the surface of a balloon seems flatter at any point as the balloon expands. Thus, the Universe must be almost flat if inflation really took place as we now believe.

What we call the horizon

Our horizon (in a cosmological sense) is the maximum distance we can see in the Universe.

Generalizing for any point in the Universe, the horizon is the maximum distance from which light could have reached that point, within the age of the Universe.

A bowl of hot soup gradually cools to room temperature because it is in contact with the air around it and this is colder. If we wait long enough, the temperature of the soup and the air will become the same, due to mutual contact. The homogenization of the temperature of two bodies depends on maintaining constant and prolonged contact. We call this causality.

The problem of the horizon

Looking at a part of the sky and looking in the opposite direction (blue dots), radiotelescopes see the same temperature (2.7 K with a maximum deviation of one hundred-thousandth)

If we suppose that the universe is 14 billion years old, then the two directions are separated by 28 billion light-years (without considering the expansion of the Universe).

These opposite points should not be “causally connected”, that is, they would never have been at a distance at which they could have interacted (for each blue dot, the respective circumference of dashes limits the area of possible causally connected points).

Therefore, these two regions should not have the same temperature.

Distance time diagram of the Universe with inflation

Space-time diagram: points A and B, which correspond to opposite ends of our sky, correspond to points that in the first moments of the Big Bang were in causal contact for long enough to interact.

The next space-time diagram shows, like the previous one, the evolution of the Universe; the central cone represents development without inflation and evidence that in this case, all the areas that remain outside this cone and belonging to our Observable Universe have no causal connection.

Inflation allows us to explain how all areas of the observable Universe have causal connection.

Appendix 3: The Observable Universe and life outside our planet

The Universe is the totality of space and time, all forms of matter, energy and momentum, and the laws and physical constants that govern them.

According to the convention of cosmologists, the term universe often refers to the finite part of space-time that is directly observable using telescopes, other detectors and physical methods.

Appendix 4: The Fermi paradox. Life outside our planet

The Fermi paradox is the apparent contradiction between estimates that claim there is a high probability that there are other intelligent civilizations in the Observable Universe and the lack of evidence of these civilizations.

Enrico Fermi was one of the brightest physicists of the 20th century in both theoretical and experimental physics, winning the Nobel Prize in Physics in 1938. He studied the behavior of certain particles that were called fermions in his honor, and foresaw the existence of the neutrino, a particle he himself named.

He had a reputation for performing certain mental calculations on very varied and deep subjects. In 1950, in full media and social maelstrom about the existence of flying saucers and extraterrestrial signals, in the midst of an informal conversation, while dining with his collaborators in Chicago, he asked his famous question: “Where is everybody?” His collaborators interpreted it as the paradox that has borne his name since then. 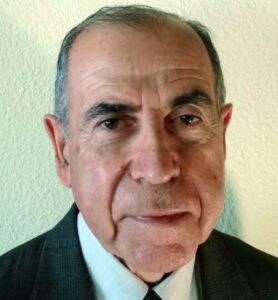