What is the current clinical usefulness of stem cell treatments, embryonic and iPS cells?

Ad present stem cell treatments with human adult stem cells have been found to be most clinically useful human cells for therapeutic purposes, especially cells from bone marrow, peripheral blood, umbilical cord blood or other tissues. Mesenchymal cells obtained from bone marrow, placenta and the umbilical cord are particularly useful. These cells have the advantage of having low immunogenicity and the disadvantage that after being transplanted, they persist for very little time in the recipient, which poses problems for maintaining their effect over time. These cells can be obtained from the patients themselves or from external donors, which gives rise to autologous therapy (which uses cells from the patient themselves) or allogenic therapy (which uses cells from individuals other than the patient). Their use has so far given good results as regards their safety, which has been evaluated in very diverse clinical trials. However, pluripotent cells, both embryonic and iPS cells, have limited clinical applications as they have been used in little more than ocular diseases. Therefore, it is of no interest to analyse this clinical usefulness at present, following a magnificent review recently published in Nature Reviews/Molecular Cell Biology (17; 194-200, 2016).

Spinal cord injuries, most often traumatic, cause paraplegia in patients who suffer them, hence the importance of being able to treat them.

Studies to date have always been in the experimental area, with rats and mice, in which recovery of feet and tail movements has been confirmed in the injured animals. However, these data, well documented in rodents, have not been proven in humans, with the exception of a patient whose spinal cord was severely damaged with a knife. Two companies — Geron and Asteria — hope to commence clinical trials in humans.

The area of ocular disease is the medical field where the most positive steps have been taken for the use of iPS cells (read more HERE), especially in age-related macular degeneration and Stargardt’s disease. Age-related macular degeneration is the most common cause of blindness in the over-60s. This disease leads to progressive loss of epithelium from the retina, affecting its photoreceptors and thus producing blindness.

To date, only preclinical studies in animals have been conducted, but a clinical trial was recently started in patients with age-related macular degeneration, using iPS cells derived from the patients’ own somatic cells. The first patient obtained encouraging results, in that there seemed to be no negative side effects and he obtained some improvement in his visual deficit. However, alterations were found in the genome of the second patient, derived from the reprogramming process, which led to the trial being halted by the Japanese health authorities. Therefore as far as we are aware, there are no ongoing human clinical trials at present.

Although there are positive preclinical studies for treating diabetes in animals with iPS cells, in the clinical area there is only one phase 1 and 2 ongoing multicentre clinical trial sponsored by the company ViaCyte. The procedure involves using a subcutaneous encapsulation medical device to treat patients with type 1 diabetes (last advance read HERE)

Recent studies have shown that heart cells derived from human embryonic stem cells can improve deteriorated cardiac function in animal models, but in the human setting we are aware of only one patient in which heart cells derived from human embryonic stem cells were implanted the infarcted area in parallel with a by-pass procedure. Although no adverse effects were recorded, and cardiac function appears to have improved at three months, the possibility of obtaining positive clinical results remains distant (read an example of the possible use of iPS cells HERE).

According to most experts, although clinical trials using cells obtained from embryonic stem cells or iPS cells have been proposed and are ongoing, it is generally agreed that it will still be a few years before these cells are really useful for human medicine. 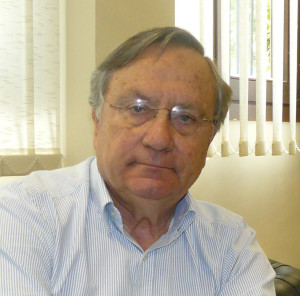