In medical cases in which death comes knocking at the door of life, circumstances arise that are not easy to judge and even less easy to resolve. Such cases can be paradigmatic, like that of Charlie Gard. I believe, therefore, that the first thing we must do is to treat all parties with respect and courtesy, especially those who most suffer for being the protagonists of the events, in this instance the sick child and his parents.

To begin with, it should be said that Great Ormond Street Hospital (GOSH) is a leading children’s hospital, one of the most prestigious in the United Kingdom, so we should assume that its medical team — and in all likelihood those who took care of Charlie — are highly professional.

In April this year, when Mr Justice Francis issued his first verdict, the team from the London hospital pleaded for Charlie to be taken off the mechanical ventilation keeping him alive. This meant the immediate death of the child.

Around the same time, a distinguished American doctor, Dr Michio Hirano, offered Charlie’s parents the possibility of treating the baby with a novel therapy, which, it seems, had shown some beneficial effect in another American child who had a disease similar to that of Charlie’s (Child tried by the experimental treatment Charlie Gard’s) In my opinion this offer ethically conditioned the decision taken by the doctors at GOSH. Since Charlie’s risk of death was not imminent and there was hope — albeit little — of improving his health, removing his mechanical ventilator would have been, I believe, an act of euthanasia. This also seemed to be the judge’s understanding, because he gave Charlie Gard more time to live.

In July, after Dr Hirano’s trip to London to evaluate the baby and assess the possibility of instigating his experimental treatment, this situation still further supported the advisability of keeping Charlie alive. However, after the feasibility of using his therapeutic proposal was ruled out by the American neurologist and an unidentified Italian colleague, continuing with the mechanical ventilator seemed like futile therapy, and so could have incurred therapeutic obstinacy. Consequently, I believe that withdrawing the mechanical ventilation, at that time, was an ethically correct medical act.

Why was the treatment offered by Dr Hirano not used in January when it might have been effective?

There is, though, another medical aspect that should be evaluated. Charlie Gard was born on 4th August 2016, and appeared to be a healthy baby, but in December, before Christmas, he began to develop seizures that led doctors to suspect that he had a serious illness. In January, he was diagnosed with a serious genetic disease, characterised by convulsions, encephalopathy and progressive muscle weakness, due to an abnormality in the RRM2B gene. This disease was known to be progressive. It was also known at that time that there was an experimental treatment with nucleosides that had proven useful in a child with a disease similar to Charlie’s. Thus, the question that immediately arises is: why was the treatment offered by Dr Hirano, the American neurologist, not used in January when it might have been effective? Assessing this fact, renowned bioethicist Julian Savulescu said, in a personal note to one of our members, that this behaviour could incur professional negligence. While I do not know if it could be classified as such, the question was raised, which in my opinion would have required a more decisive medical action.

We believe that the attitude of the American doctor was ethically correct, because he offered the parents a treatment that, while experimental, might have some chance of success in the child, albeit small. However, when he later examined Charlie Gard in London and became aware of the child’s brain damage and that the life expectancy that his treatment could offer were not very objective, he abandoned the use of this therapy, in agreement of course with the doctors at the hospital, a decision that I believe to be ethically correct. I also think it positive that Hirano withdrew the offer of his novel therapy, because although it could have helped to increase his social popularity, he gave in to the medical judgement that the case merited. In my view, this decision was also ethically correct. 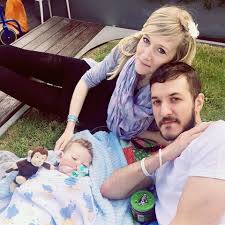 On judging the ethical behaviour of Charlie’s parents, Connie Yates and Chris Gard, we should make our respect for their decisions clear at the outset, because I have no doubt that they always acted thinking of the good of their son. Regardless of this, however, the first thing to highlight is Connie and Chris’s profound disagreement about the fact that their son was in hospital for months with no therapeutic remedy applied, while a legal dispute was settled between GOSH and them. Between January and April, when Mr Justice Francis issued his first verdict, the hospital could, in the parents’ opinion, have started treatment; accordingly, they showed their disagreement, and complained because Charlie was allowed to deteriorate to the point of no return, especially as regards his brain and muscle degeneration, without providing treatment that could have improved his health in some way. In their opinion, it would have been essential to provide the American team and the judge, if possible, with all the medical information so that Dr Hirano could have made a more informed evaluation of his nucleoside treatment, and the judge could have taken this into account.
The fact that Charlie’s parents accepted Mr Justice Francis’s final decision to take the child off assisted mechanical ventilation, which is what caused his death, seems a decision that, while it must undoubtedly have been very painful for them, I believe was ethically correct, because prolonging treatment at that time would have been to incur therapeutic obstinacy.

On 24th July this year, the judge issued the verdict that brought about Charlie Gard’s death. As mentioned, we believe that his decision was ethically correct, because with access to the therapy proposed by Dr Hirano ruled out, Charlie’s life expectancy was very limited and there was no prospect of improvement in the serious condition that he suffered.

As we know, in light of the possibility of transferring their baby to the United States to be treated by Dr Hirano, Charlie’s parents started a campaign to raise funds due to their own lack of financial resources. As they themselves stated, they managed to raise 1.5 million Euros, so the problem now arises of what to do with this money. In a recent statement (see HERE), they have said that they will use it to help the parents of children who have a disease similar to Charlie’s, a decision that honours them and that from an ethical point of view, could not be more correct.

I will finish as I started. In all cases in which we consider passing judgment on the medical actions that are taken in a terminally ill patient, whether they be child, adult or old person, that decision may be controversial and even difficult to carry out sometimes. What is in no doubt, however, is that it is a time of great suffering, especially for the patient and their relatives, so as individuals and as a society, I believe that our first obligation is to treat them with respect and, I would even say, with great affection. Nevertheless, this is no obstacle for ethical judgment to conform to good medical practice, especially respecting the dignity that the patient deserves.