Death of a person based on neurological criteria. Brain death controversy

In the September issue of the Journal of Medical Ethics (see HERE), an article was published in which its authors, Michael Nair-Collins* and Franklin G Miller**, addressed the significance of death by neurological criteria – brain death from a perspective — already standard from these authors — of rejecting the current criteria for ‘brain death’ as valid criteria for establishing death of the human being. In the article, they say that the arguments put forward by the United States President’s Commission to define ‘brain death’ are unsatisfactory, since in their opinion, ‘brain dead’ patients do not show any biological signs of being dead. 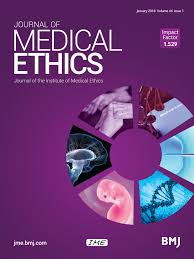 Nair-Collins and Miller consider that the concepts reiterated since the first edition of the President’s Commission documents, introduce “overly simplistic distortions or outright falsehoods”, with respect to the role played by technology in the physiology of a patient who meets the criteria for ‘brain death’. Therefore, according to these authors, these erroneous statements on how to determine the death of a person based on neurological criteria impede fruitful dialogue on the issue.

A well-known argument of these authors is to centre the discussion, not on the global and universal perspective of the concept of death by neurological criteria, but to direct it basically against the concepts of the President’s Commission for the diagnosis of death in the United States, published in 1981 and 2008.

In the first edition of the President’s Council report (1981), the main reasoning explaining why patients diagnosed with ‘brain death’ were dead was the fact that, in those patients, there was a lack of bodily integration when brain function failed, which was a key element in the integration and coordination of organic functions. Subsequent to the publication of that document, several articles refuted that statement, since integrative functions were observed in ‘brain dead’ patients. This was the principle reason why the President’s Commission had to reconsider the argument that lack of bodily integration (in patients with criteria for ‘brain death’) was the main explanation to consider the death of the person in these patients.

The document issued by the President’s Commission in 2008 maintains that ‘brain death’ is the death of the person — and even that person is biologically dead — but the fact that the patient is on mechanical ventilation masks those signs of death. The report states that, “When artificial means of support mask this loss of integration [of the bodily functions of the organism as a whole] as measured by the old methods (understanding as such the diagnosis of death by cardiac arrest), brain-oriented criteria and tests provide a new window on the same phenomenon”. According to the President’s Commission, particularly its president JL Bernat, “when the mask created by the artificial support medium is stripped away, what remains is not an integrated organism but merely a group of artificially maintained subsystems”. In accordance with this, death based on neurological criteria is, therefore, a biological conception of death. This conceptualization of death is not a philosophical conception, a social construction or a legal approximation. According to this biological basis, even though individuals show apparent signs of being alive, they are (biologically) dead, though this reality (death) is masked by the intervention of medical technology.

According to Nair-Collins and Miller, the mechanical ventilation to which ‘brain dead’ patients are subjected does not mask or generate a false sensation of life, as that life exists independent of whether the patient is subjected to mechanical ventilation. It is true that ventilation facilitates the transport of oxygen through the lungs to the blood, and from there to all the cells of the organism. However, that biological activity remains normal at the level of all the organs, except the brain. Similarly, the activity of the tissues and the intrinsic activity of each of the cells of the body survives and is not masked by the fact of mechanical ventilation. The activity of cells, organs and tissues is not only ostensible, but signs of whole body integration and interaction are also manifest, permitting interaction between the organs and even a response to external stimuli, such as happens for example in the case of an injection of bacteria, to which the body of ‘brain dead’ patients would react with an inflammatory response, with an increase in blood leukocytes and inflammatory mediators.

In this article, the authors argue the failure to distinguish appearance and reality to defend the view that ‘brain dead’ patients are dead. They also conclude that offering an explanation of why the conventional view of ‘brain death’, while mistaken (according to the authors), continues to be generally supported, is due to the close relationship between ‘brain death’ and the donation of organs for transplantation.