Figures of deaths and displacement, due to war, totalitarian governments and religious persecutions never seen since World War II

Is the XXI Century #inhumanity similar to the sad past Century human rights violation?

Deaths and displacements due to the war in African countries. The war in Syria has already caused more than 200,000 deaths. More than 10,000 people have died in internal conflicts in Southern Sudan, and in the Central African Republic, around 500,000 have been displaced from their homes during the two years of armed conflict in the country during 2014 (The Lancet). 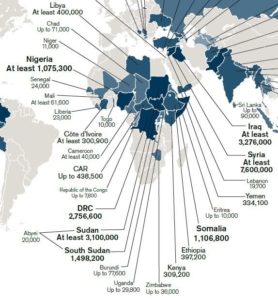 Despite that African Union Special Rapporteur on Refugees, asylum seekers, migrants and IDPs Maya Sahli Fadel said, “Monitoring internal displacement has improved in recent decades, but there are still too many gaps in our knowledge. For two of the key drivers of displacement in Africa, drought and development projects, we lack even the most basic information”. The more recent report, from the Internal Displacement Monitoring Center (December 10, 2016), the first to collect and present comprehensive data from Africa, also painted a damning picture of internal displacement. Coupled with those fleeing conflict and violence, Africa had a total of 12.4 million people who were living in ongoing displacement in 21 African countries. The figure stood at an average of 9,500 people who were uprooted from their homes on a daily basis. The number of IDPs was also more than double the continent’s 5.4 million refugee population. It is a global bioethics issue that doesn’t stop to increase year by year. 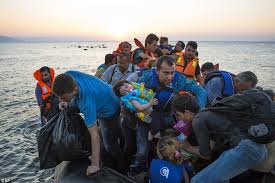 Displacement and people dying on dangerous crossings to Europe

A recent study commissioned by Green Peace (see HERE) affirms focused displacement in crossing Europe by sea and land  “the issue of flight and migration is high on Europe’s agenda. Aid organizations recorded distressing figures for 2016, with some 5.000 people dying on dangerous crossings to Europe in often unseaworthy boats. The number of unreported deaths may well be much higher. To even reach the southern shores of the Mediterranean, many migrants have already faced hardship for months or even years. The number of people who lose their lives along the way is not recorded, but it is estimated that each year, this figure equals the number of people who drown in the Mediterranean.” 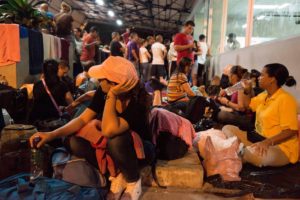 Thousands set off on land journeys through South and Central America to reach the United States; the number crossing the U.S.-Mexico border after a long, often treacherous journey rose from about 31,000 in 2015 to roughly 38,500 in 2016. The flows touched off a crisis in several Central and South American countries unaccustomed to handling such large numbers of transiting migrants, with thousands stranded in Costa Rica for weeks in 2015 after Nicaragua closed its border. In the waning days of the Obama administration, the White House announced the end to the “wet-foot, dry-foot” policy, meaning that Cubans presenting themselves at U.S. land ports of entry without authorization to enter are now treated the same as migrants from other countries, and are subject to removal if they do not qualify for humanitarian relief. 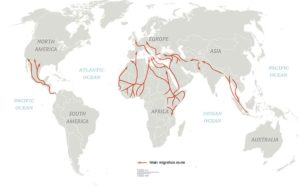