Skip to content
Home/Bioethics, BIOETHICS NEWS, NEWS and VIEWS, Organ Transplant/An estimation of 10% of worldwide transplants are commercialized but it is impossible to know just how large the trade may be

According to WHO report (see HERE), 10% of all transplants in the world are carried out under some form of commercialization, mostly transplant tourism, since patients who live in countries with a shortage of organs travel in search of a transplant to other places where legislation against buying and selling of organs is non-existent or poorly defined. These countries include Egypt, Pakistan, India, Iran, Iraq, the Philippines, and some Latin American and eastern European countries. WHO report also warns the existence of substandard medical practices. Given the desperate desire of the patients to undergo organ transplantation, their risk of being exploited should not be underestimated.

1.The first category encompasses situations, like the oft-told story above, where traffickers force or deceive persons into giving up their organ.

2.The second category, and perhaps the one under which most organ trafficking takes place, is where persons agree to sell their organ but they are either not paid at all for the organ or they are paid significantly less than they originally agreed upon. 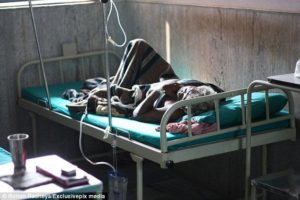 3. Finally, the third category is where vulnerable persons, including typically the poor and homeless, are treated for an ailment, which may or may not exist, and during that treatment, their [good] organs are removed without the person’s knowledge.

[2] The use of any of these categories requires a host of persons, from the recruiter who finds the “donors” to the brokers and the medical professionals who perform the surgery. Rarely are all the members of this process ever exposed so it is impossible to know just how large the trade may be. Further, although the United States and most other developed nations internationally have banned the sale of organs, the black market is robust and it could be argued that it has, in fact, helped it flourish. With such a high demand for organs and few legal ways to obtain them the black market sale of organs fill an ever-growing need for people who have the means (University of Utah report.).

Another source of organs is aborted foetus and the use of anencephalic newborns as organ donors with a great ethical content we have to approach in another special report (see HERE).