Skip to content
Home/Abortion, Medical Deontology, NEWS/Is the right of conscientious objection protected in Europe when it comes to abortion?

Is the right of conscientious objection protected in Europe when it comes to abortion?

Although abortion has been legal in most European countries for years, the possibility of invoking conscientious objection for those healthcare providers who are against participating in this practice is not yet well defined. This topic has been widely addressed theoretically, but there are objective shortcomings in its practical application. A recently published article in the

Journal of Medical Ethics, with the suggestive title, Freedom of conscience in Europe?,  evaluated it using three specific cases of conscientious objection to participating in abortions for religious reasons, by three midwives from different European states. Legal proceedings had been opened against two of them to condemn their attitude, even though they had stated their conscientious objection prior to taking part in these abortions.

It is proposed clear guidelines and objectives need to be issued, at both local and pan-European level 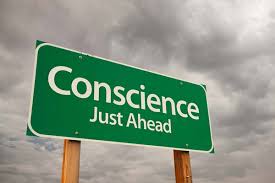 The authors concluded that very clear guidelines and objectives need to be issued, at both local and pan-European level, to respect the conscientious objection of healthcare professionals who participate in abortions.  They also recommend the constitution of a wide forum to promote and develop these actions.

We agreed with authors’ conclusions and in our opinion, it is urgent to analyze conscientious objection to participating in abortions, and other medical practices questioned, either for religious reasons or ethical, deontological and professional oaths. We believe that the increasing stress manifested by medical professionals has some relation to the pressure they are submitted for this reason.