Ethical concerns about uterus transplantation from a deceased donor

Medical journal The Lancet has published the case of livebirth of a healthy child from a woman who had undergone uterus transplantation from a deceased donor. According to the authors, this is the first time that this procedure has been successfully performed.

As we informed in a past artice (see HERE), in September 2016, a 32-year-old woman with congenital uterine absence as a result of Mayer-Rokitansky-Küster-Hauser syndrome underwent uterine transplantation in Hospital das Clínicas, University of São Paulo (Brazil) from a donor who had died of a subarachnoid hemorrhage. 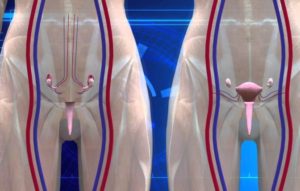 From a clinical point of view, it is worth noting that the patient showed satisfactory post-operative recovery, and was discharged 8 days after the intervention. As is standard in these types of cases, she had to receive immunosuppression for 5 months following the surgery. Her first menstruation with her new uterus took place 37 days post-transplant and regularly every 26-32 days thereafter. She did not experience any rejection episodes with the donor uterus. After a normal 36-week pregnancy, the child was born on 15 December 2017, weighing 2550 g. As is normally done in these cases, the uterus was removed in the same procedure as the livebirth so that the immunosuppressive treatment could be suspended.

According to the authors, this is the first case worldwide of livebirth of a healthy child in a woman who had undergone uterine transplantation from a deceased donor. Accordingly, they consider that this procedure could be a possible solution for women with this type of condition.

Nonetheless, in our opinion, this practice might involve some ethical problems, as we have mentioned in previous reports. As regards this, the Spanish National Transplant Organization, in statements from its director Dr. Domínguez-Gil, comments on this practice, saying that the organization opposes it, given “the enormous ethical questions and risks” that this technique entails for both the recipient and her baby, not only because of the medical-surgical procedure itself, but also because of the side effects that the immunosuppressive drugs may have on the baby’s development. Consequently, Dr. Domínguez-Gil says that, in view of these circumstances, it constitutes a procedure in which “mother and baby take risks to obtain a benefit that could be achieved in other ways that do not involve such risks”, concluding that “the risk-benefit balance is not at all favorable in these procedures”.

In relation to this — and although they do not explicitly refer to the ethicity of the practice — Drs. Diez-Cervera and Pellicer commenting on the case say that research conducted in this field should maximize the livebirth rate, minimize the risks for the patients involved in the procedures, and increase the availability of organs, proposing that different types of studies should be encouraged, in which outcomes are compared and long-term effects assessed, as well as seeking the opinion of scientific societies, such as the International Society of Uterus Transplantation. Also, Richard Kennedy, president of the International Federation of Fertility Societies, also welcomed the announcement but sounded a note of caution. “Uterine transplant is a novel technique and should be regarded as experimental,” he said (read HERE).

We understand that proposing that different types of studies should be encouraged, in which outcomes are compared and long-term effects assessed, as well as seeking the opinion of scientific societies is intended to ensure the ethicity of this practice.