In a recent study we publish (“Thirteen Reasons Why” devastating effect), we asked “Can TV shows intersect with public health crises without any responsibility? Now a survey include social media and advertising, as Twitter and Instagram, intersecting with crucial health campaigns to avoid increasing suicide in UK. Millions of British adults have experienced suicidal thoughts or emotions because of concerns about their body image, a survey shows. 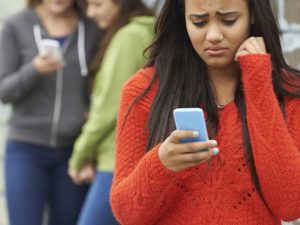 One of the largest polls on the issue, for the Mental Health Foundation, found one in eight people aged 18 and above have been so distressed about their body image they have thought about killing themselves.

While the issue of body image in children, particularly girls, has come to the fore in recent years, the charity says its research illustrates people can be adversely affected regardless of gender or age, with many of the same drivers, such as social media and advertising, at play.

Among its recommendations are the vetting of adverts related to “high-risk industries”, such as cosmetic surgery, weight loss and fashion.

Mark Rowland, the chief executive of the Mental Health Foundation, said: “There has always been idealised body representation across media, but it’s the quantity of those images and the frequency in which we see them [now] – that’s what we’re worried about. Let’s be proactive in increasing the diversity of, and range of, bodies across our media that people see.”

He said platforms such as Twitter and Instagram shared billions of photographs every year reflecting a society that appeared “increasingly consumerist, increasingly celebrity-orientated, increasingly focused on external appearances”.

One in five of the 4,505 respondents said images on social media had caused them to worry about their body image, and the proportion was almost one in two among 18 to 24-year-olds.

Just over one in five of all UK adults and almost half of 18- to 24-year-olds said images on social media had caused them to worry about their body image. One in five said images in advertising had done this.

Codes of practice for social media?

The Mental Health Foundation wants the government to ensure new codes of practice prevent social media companies from promoting content that could exacerbate body image concerns, and to beef up the Advertising Standards Authority’s powers.

Rowland said vetting could weed out manipulated images before they ever saw the light of day, but also others “that shame people into feeling their own bodies are not enough. How that is going to be interpreted is an art, not a science.”

The survey, carried out by YouGov in March, was commissioned to mark the launch of Mental Health Awareness Week, which has the theme of body image this year. Figures were weighted and representative of all UK adults.

It found one in three British adults have felt anxious or depressed because of concerns about their body image. Among people aged 55 and above, the figure was one in five.

Rowland said: “Body image issues can affect anyone and at any stage in life. Many people identified social media as an important factor causing them to worry about their body image – and the majority of respondents felt the government needed to take more action.”

In response, the Department of Health said it had recently launched a “world-leading partnership”, which will bring together social media companies and suicide prevention experts from the Samaritans to tackle self-harm and suicide content online (The Guardian, 05 13 2019). Which, in our opinion, could bring possitive results.