A top German court recommended a woman adopt her own child after she and her husband used a surrogate mother in Kyiv. With surrogacy banned in Germany, the court said the biological mother had no maternity rights.

A biological mother of a child born by a surrogate should not automatically be considered the baby’s legal mother, Germany’s Federal Court of Justice ruled on Tuesday.

The case concerning a German couple, their child, and a Ukrainian surrogate mother started after the Ukrainian women gave birth in Kyiv in late 2015. All three adults agreed that the married couple were the baby’s parents and should have all corresponding legal rights. Officials in Ukraine acknowledged the Germans, who contributed both the sperm and egg cells, as parents and entered their names on the newborn’s birth certificate. 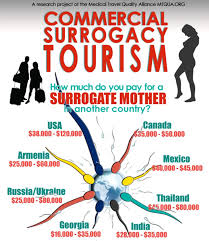 After bringing the baby back to Germany, the couple initially managed to register the birth with the authorities as their child. However, after learning that the couple had used a surrogate, authorities altered the entry to grant maternity status to the woman who had given birth in Kyiv. Under the current German law, surrogacy is banned and only women giving birth to the child are automatically considered legal mothers. The case did not question the identity of the child’s father.

No Ukraine verdict means no obligation

The couple fought the decision in court, arguing that surrogacy is legal in Ukraine and that the Ukrainian state recognized them as parents. In the Tuesday decision, however, Germany’s top criminal court said that this was “not the decisive factor.”

German state officials would be obligated to comply with a hypothetical ruling from a Ukrainian court, but there was no trial and no verdict in Ukraine, the Karlsruhe-based judges added.

Taking into account that the German couple were the child’s caretakers, the court ruled that German law should apply in this case. Under the German law, however, the maternity rights should be awarded to the Ukrainian surrogate mother.

All parties agree that adoption is the best way to proceed, the court said in its ruling. In this way, the biological mother should be capable of eventually obtaining legal rights considering her child (Made for Minds, 5/23/2019).