Skip to content
Home/Bioethics, BIOETHICS NEWS, NEWS, Suicide/Suicide continues to be a devastating public health problem. After decades of prevention programs, it is still far from being controlled

Suicide is a devastating public health problem. However, current figures show that numbers are declining, having gone from 1 million suicides per year worldwide to 800,000 in recent decades, an annual reduction of less than 1%  by year, evidence for effective global interventions is missing (read HERE). One exception to this trend is that the number of suicides in the United States has increased (14.0 per 100,000 inhabitants in 2017).

The Danish experience in suicide prevention is encouraging, however, because from among the countries with the highest suicide rates in the world, Denmark is now among the lowest. In 1980 that rate was 38 per 100,000 inhabitants over 15 years of age (the highest rate was Hungary with 52 per 100,000), dropping to 11.4 per 100,000 inhabitants in 2007. One of the most effective measures to achieve these results has been to restrict access to medicines that can be used for suicidal acts (see more HERE). 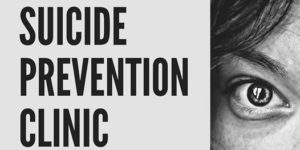 Denmark also implemented initiatives to reach those who are at immediate high risk. For instance, Suicide Prevention Clinics have offered counseling, therapy, and practical support to persons with suicidal ideation or behavior nationwide since 2007. This therapy has been linked to long-term reductions in fatal (29%) and nonfatal (18%) suicidal acts. A Psychiatric Emergency Outreach team provides support to people in a severe crisis by having a psychiatrist and an ambulance on call 7 days a week. The Strengthening Outpatient Care After Discharge (SAFE) project recently began offering home visits and family support to patients discharged from a psychiatric hospital. In addition, the Danish nonprofit organization Lifeline is a suicide hotline that offers anonymous counseling by trained volunteers.

The creation of suicide prevention clinics, the health care’s initiatives to reach immediate high-risk people and the access restrictions to products that can be used in suicidal acts appears to be the most effective way to achieve the goal of reducing suicide. It is necessary for a global strategy to stop suicide in the world based on this data.

Summary of the study and links of different issues