The social consequences of the Covid-19 pandemic

An article published in the American magazine National Review (read the article HERE) analyzes the social repercussions that can be expected after overcoming the crisis caused by the COVID-19 pandemic.

Along with a glimmer of hope, such as spontaneous movements of solidarity and compassion among the population, new ways of relating between neighbors, or the massive use of virtual communication, a review by the medical journal The Lancet suggests that “the psychological impact of quarantine is wide-ranging, substantial, and can be long-lasting.” Virtual communication, says the National Review, “is not a substitute for face-to-face interaction.” 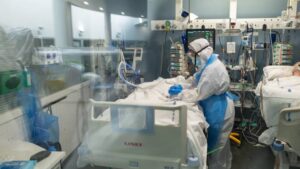 According to the Centre for Economic Policy Research, past pandemics such as the Black Death or Spanish flu “had lasting social consequences leading to a decline in social trust”. They suggest that lower social trust was passed on to the descendants and survivors of the Spanish flu who emigrated to the United States.

In a March 2014 article, Francis O. Adeola, of the University of New Orleans, and J. Steven Picou, of the University of South Alabama, found that populations on the Gulf Coast with lower levels of social capital experienced the most adverse mental health consequences following Hurricane Katrina. The expected global economic recession may worsen the negative social effects of the pandemic, such as alcohol and drug abuse and suicide rates, related, among other factors, to unemployment.

The care of those suffering from addiction or despondency may be hampered by the requirements for isolation, which is a factor that may increase the risk of deterioration.

Improved treatments for coronavirus, the emergence of effective vaccines, and the expected recovery of the economy over time cannot, however, guarantee repair of the social structures affected. Institutions such as the family or the Church have historically contributed to overcoming crisis situations such as the one now affecting us, and they must do so again with this pandemic.

“America can survive an economic depression. We’ve done it before,” says the author, but “[h]ow we overcome a social-capital depression remains to be seen.”