Skip to content
Home/Bioethics, BIOETHICS NEWS, Science and Religion, SPECIAL REPORTS/Science and religion – Both terms have been reconciled in 2020 Templeton Prize Laureate

Geneticist and physician Francis Collins was selected as the 2020 Laureate by the Prize judges late last year, but the announcement was delayed due to the coronavirus pandemic said the press release of Templeton Prize foundation (5/20/2020).

It is with satisfaction that our Observatory of Bioethics at the Catholic University of Valencia – Spain received this news. 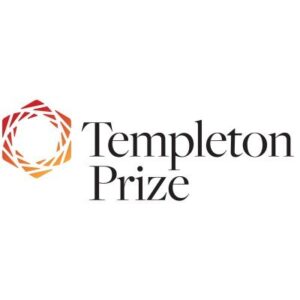 His science and religion dialogue has enriched both fields of knowledge

The personal experience of Francis Collins, geneticist and physician, Director of the National Institutes of Health – NIH, who led the Hunan Genome Project is also a popular writer, including his best-seller “The language of God”, is a good example of the rigors logical principles that characterize both disciplines that allow maintaining an enriching dialogue that could improve the two fields. As Collins wrote in the Introduction of his book “This book argues that belief in God can be an entirely rational choice,” […] “and that the principles of faith are, in fact, complementary with the principles of science.”

“THE TEMPLETON PRIZE honors individuals whose exemplary achievements advance Sir John Templeton’s philanthropic vision: harnessing the power of the sciences to explore the deepest questions of the universe and humankind’s place and purpose within it.” 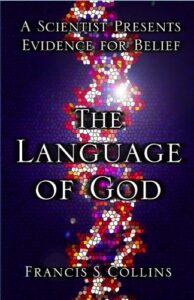 In this respect, Templeton Prize web highlights as a synthesis of his career the following sentence:

“As a Christian for 43 years, I have found joyful harmony between the scientific and spiritual worldviews, and have never encountered an irreconcilable difference.”

We transcribe the short Statement by Francis Collins at the 2020 Templeton Prize Laureate for our Christian readers but also for our readers without faith that could appreciate the thoughts and sincerity of this extraordinary personality:

“With All Your Mind 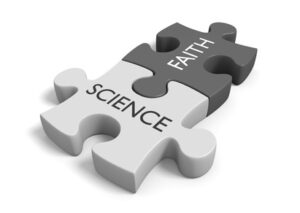 Those are profound questions. Yet I paid little attention to them during my first quarter-century on this planet.  I was a committed materialist who found little use for anything that could not be addressed by scientific experimentation.  But when I transitioned from quantum mechanics to medical school, I found these questions hard to ignore while sitting next to the beds of the sick and dying, and science wasn’t much use in tackling them.  People of faith seemed to claim wisdom in that domain, but I assumed those insights were based on superstition and fundamental misunderstanding of nature.  Seeking to dismiss the faith perspective, I was stunned to discover a rich vein of philosophical and theological thinking.  Atheism, the denial of the possibility of anything that science couldn’t measure, emerged as the most irrational and impoverished worldview.  And to my amazement, pointers to a Creator began to appear in all sorts of places, even including scientific observations about the universe.  Most importantly, the person of Jesus emerged as the most profound truth-teller I had ever encountered, and called on me to make a decision about my own belief.  I held off the Hound of Heaven as long as I could, but ultimately resistance was impossible.  But could I be both a scientist and a believer?  Wouldn’t my head explode?

Well, no. It didn’t then.  And it hasn’t since.  As a Christian for 43 years, I have found joyful harmony between the scientific and spiritual worldviews, and have never encountered an irreconcilable difference.  I have had the privilege to lead scientific projects that discovered the cause of cystic fibrosis, the complete sequence of the human genome, and the development of precision medicine that is saving lives every day from cancer.  Now, as the Director of NIH, the largest supporter of biomedical research in the world, I have the chance to lead efforts that are using the tools of science to try to find ways to prevent, treat, and cure terrible diseases.  As I write this, almost my every waking moment is consumed by the effort to find treatments and a vaccine for COVID-19.  The elegant complexity of human biology constantly creates in me a sense of awe.  Yet I grieve at the suffering and death I see all around, and at times I confess I am assailed by doubts about how a loving God would permit such tragedies.  But then I remember that the God who hung on the cross is intimately familiar with suffering.  I learn and re-learn that God never promised freedom from suffering – but rather to be “our refuge and strength, a very present help in trouble” (Psalm 46).

I certainly never expected to have a leading voice in the science-faith debates.  To my surprise, my book The Language of God, written 14 years ago, seems to have found a resonance with many seekers.  The deluge of follow-up questions I received led to the founding of the non-profit BioLogos (Bios through Logos – life through God’s word), which has become a major meeting place for individuals seeking answers to questions about how God’s Word and God’s Works can be harmonized.  It is truly gratifying to see and celebrate the community of scientists and believers that have rallied around this joyful synthesis.

In Matthew 22:36-37, Jesus is asked by the disciples to name the greatest commandment in the Law.  He responded, “Love the Lord your God with all your heart and all your soul and all your mind.”  Our minds were supposed to be involved in this!  That means that science is not only a stimulating intellectual exercise, not only an amazing detective story—it can also be a form of worship.”

Must science and religion disciplines confront themselves?