Last Wednesday, an article published in English newspaper The Guardian announced that the United States Supreme Court has ratified an expansion by the Trump administration of the pool of employers that can deny women’s insurance coverage for contraception (mechanism of action of morning-after-pill). The ruling struck down a lower court decision. 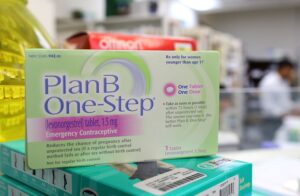 The ruling was strongly criticized by politicians and pro-choice groups, many of whom have promoted the law denying employers conscientious objection on insurance coverage for contraception. It is known that many of these pills and devices are abortive. The conscientious objection of contraceptive coverage is based on this objective reason and the negative side effects of the use of many contraceptives (read HERE and HERE).

The iceberg of abortion! The hidden face of abortion is mainly a result of the use of contraceptive drugs and intrauterine devices

The aforementioned article then cited many of the opponents of the Supreme court decision and its negative effects on poor income employees, saying that, “Alongside other major rulings in this court term, the religious exemption case offered a glimpse of how a new conservative majority on the court, installed under Trump, could shape public life for decades to come.”

Related article (a new paradigm on conscientious objection in the US) US Bishops Welcome Supreme Court Decision on Sisters of the Poor saying “..we must continue to be vigilant for religious freedom.”