The latest CDC (Centers for Disease Control and Prevention) provisional report (read HERE) of births data published this month shows that the plummet has continued in 2020. In this respect, last September we published in News and Views (read HERE) the 2019 data-based also in CDC report of that date. This plummets in the United States is a global trend in Western countries. The last decades showed a radical change of paradigm, fewer children and substantial postponement of maternity. We concluded in our article of last Septembre “[…]many countries are not repopulating enough to sustain their current populations, we are seeing a substantial imbalance in the ratio of elderly dependents to working-age people […] read HERE.

Another record low for the nation 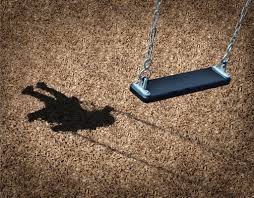 In all women age groups, the decline – 4% from 2019 data – are the same except in the aged 35-39 and 40-44 that down 2%. We remark this lower negative rate in the last groups of age because it emphatic confirms the trend to the postponement of maternity with the negative medical and social effects we have largely commented on in several articles which are also confirmed with the higher incidence of cesarian delivery (31,8% in 2020).

From our point of view is necessary to underline that not many governments have effective initiatives with strategic politics of long duration to these alarming figures. International agency as UN with a special “Population Division” also appears to be exclusively working to natality control and abortion agenda, even in countries with these sad figures. An ancient Malthusian politics.

The so-called demographic winter of western countries has been in continuous decline for ten years, it is a winter solid established with social and economic great implications which year by year increase the age imbalance and the lack of generational replacement. This demographic trend also is affecting health care systems, the lack of entrained personal and infrastructures to treat the quick increase of older patients. No mention of the economical effect of fewer workers and more pensions to pay; a difficult challenge for the national and international finance teams.