Has the US Supreme Court ignored science?

On 24 June, the US Supreme Court overturned Roe v. Wade, the ruling that established in 1973 there was a constitutional right to abortion in the US, so that a gravid woman had the liberty to choose an abortion to end her pregnancy. The Roe v. Wade ruling was since then used by the so-called pro-choice groups in their efforts to widen the circumstances in which abortion is not only legal, but also a right of the women. Now, the recent ruling declares that abortion is not a constitutional right and, therefore, restores the freedom of states to ban abortion.

What is the reason for the interrogative title of this article? On 16 May, the prestigious journal Science, of the American Association for the Advancement of Science, published an editorial article entitled “The Court is ignoring science”. The article was signed by Dr. Diana G. Foster, who claimed that the US Supreme Court will ignore science if, eventually, overturn Roe vs. Wade. Dr. Foster based her claim on the results of the Turnaway Study, which, aimed at examining the effects of unintended pregnancy on women’s lives, was led by Dr. Foster herself. As stated in the aforementioned Science editorial, «the Turnaway Study followed almost 1000 women across the country for 5 years to see how having an abortion, or being denied one, affected their physical health, mental health, finances, relationships, and children». One of the conclusions of the study was that the overwhelming majority – over 95%‒ «of women report that having the abortion was the right decision for them over five years after the procedure». These figures were widely disseminated by the mass media and used by the pro-abortion lobbies to support their campaigns. In a press interview Dr. Foster declared that «The science clearly shows that abortion is incredibly common, and it is important to women living full lives». On these backgrounds, the main argument of the Science editorial article was that the Supreme Court cannot neglect scientific evidence.

Nevertheless, it is necessary to scrutinise the details of the Turnaway Study to check the scientific validity of its assumptions. As above mentioned, the study was led by Diana Greene Foster, Ph.D. in Demography. Around 40 researchers were involved in the study, which was launched in 2007 by the pro-abortion research group “Advancing New Standards in Reproductive Health (ANSIRH)”. The results were reported in around 50 articles in scientific journals, described by Dr. Foster as high-quality journals, but, with 5 or 6 exceptions, the articles were published in low-impact journals.

The study had serious flaws that allow a critical reader to cast serious doubts as to its scientific validity. The first one concerns the number and selection of women participating in the study. They were recruited among the clients of 30 abortion clinics, which agreed to collaborate. The possibility of participating in the study, which would be conducted by means of telephone interviews every 6 months for a period of 5 years, was offered to 3,054 women, who had had an abortion or had been denied it, usually due to having exceeded the gestational limit.

The women were promised to receive US$ 50 for each interview. Only 1,132 out of them initially agreed to participate, but, in fact, only 956 participated in the interviews and several of them dropped out after the first or subsequent interviews, so that only about 520 women participated until the end of the study. Moreover, many of the different articles describing the conclusions of the study report the results obtained through interviews to less women (for instance, only the answers of 174 women interrogated about their pregnancy intentions after receiving the abortion are reported). Obviously, all these figures reveal that the sample size is very low ‒extremely low in some instances‒ to draw statistically significant conclusions, and even lower to speak about “overwhelming majority of women”. It has also been noted that the final group of women who participated all along the study is atypical in several ways (Reardon, 2018). 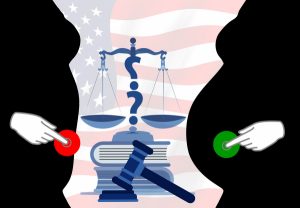 The Turnaway Study may also be criticised in other aspects. For instance, the authors described it as a “prospective longitudinal cohort study”. For those readers who are not familiarised with the nomenclature used in clinical trials or other scientific studies, a longitudinal study involves repeated observations of the same variables along a more or less prolonged time period. In a cohort study, a defined group of people, called the cohort, is followed over time, to examine associations between different expositions and subsequent outcomes. In a clinical trial, for instance, exposition means the interventions received by the patients. A true cohort study must include a control group of unexposed  people to compare their outcomes with those of the exposed cohort. The interested reader may find more details in the article from Mathes and Pieper (2017). The Turnaway Study divided the women in three groups: i) women who presented at a center 3 weeks after expiry of the gestational limit and to whom abortion was denied; ii) women who presented at a center 2 weeks before the gestational limit and who received an abortion; iii) women who presented in the first trimester of pregnancy and who received an abortion. The ratio of women in these 3 groups was 1:2:1 (Dobkin et al., 2014).

A flaw of the Turnaway Study is that, in fact, a real control group did not exist. The authors of the study used the first group, women to whom abortion was denied, as non-exposed control group. But all of the women were already exposed to an unintended pregnancy and had been seeking an abortion. The later circumstance, as noted by Reardon (2018), may contribute totally or partially to the traumatic component of some abortion experiences. Consequently, the Turnaway Study lacked the conditions required for an authentic prospective cohort study and must be simply considered as a case series, according to the Mathes and Pieper (2017) criteria. The distinction is relevant, because the designation given by Foster and her colleagues causes the false impression that the study mets the criteria for a rigorous prospective cohort study.

Apart from the above motives, there are other flaws in the Turnaway Study. As previously mentioned, the study was carried out by phone interviews. While this method may be valid when women were asked questions such as “Did you consider putting the baby up for adoption?” (Sisson et al., 2017), its rightness is questionable, for instance, for self-diagnosis of depression or anxiety.

Finally, there are some subjective interpretations of the responses given by the interviewed women. To quote a single example, some women were offered to view the ultrasound images prior to receiving abortion and 212 accepted. They were asked about their emotional responses to viewing the pre-abortion images. According to the results of the Turnaway Study, 49 women were “sad or depressed”, 30 felt “guilty” and 29 were “upset or bad”. These 108 women were classified as having negative responses. On the contrary, 48 women were grouped as experiencing positive responses: 22 reported they felt “happy or excited”, 15 “comforted” and 11 felt “good”. There is another group of 77 women, who reported “feeling nothing or feeling fine”, and they were classified as a neutral group. Surprisingly, when describing these results, the authors of the study claimed in the abstract of the corresponding article (Kimport et al. 2014) that «neutral emotions (fine, nothing) were the most commonly reported ones, followed by negative emotions (sad, guilty, upset) and then positive emotions (happy, excited)». To explain the differences between the numerical results and the sentence included in the abstract, a footnote states that «Because “guilty” could be interpreted as a positive emotion and “comforted” as a neutral one, we excluded them from this analysis».

Moreover, the Kimport et al. article does not explicitly mention how many of the women reporting positive feelings belonged to the third group of the study, that is, women who underwent an abortion in the first trimester of pregnancy, and this is a capital question, because, as mentioned in the most recent review on the matter, «the early first trimester remains in part a ‘black box’ due to the limited size of the developing embryo» (Dawood et al., 2022). A blurred image may only produce neutral feelings.

The above reasons may suffice to show that the Turnaway Study is not so reliable as their authors claim. Surprisingly, in spite of its flaws, it is quoted in an editorial entitled “The US abortion ruling is a tragedy; here’s what research bodies must do now” in the last issue of Nature. The citation was included as a hyperlink in the sentence: «Researchers submitted 50 years’ worth of evidence to the Supreme Court ahead of the ruling that revealed, among other things, that access to abortion contributes to both improved health-care outcomes and equality».

In the present context, two things need to be considered. On the one hand, the US Supreme Court was not ruling on the scientific aspects of the pregnancy interruption, but only on the constitutionality of Roe v. Wade. On the other hand, science is so serious a matter that it cannot be evoked to justify ideological issues, especially when the scientific data are not sound. 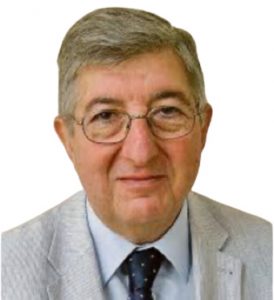 Fellow of the Spanish Royal Academy of Sciences

Fellow of the Royal Academy of Medicine of Valencia, Spain