According to a major study by University College London which tracked more than 10,000 teenagers found widespread emotional problems among today’s youth, with misery, loneliness and self-hate rife.

In total, 24 per cent of 14-year-old girls reported high levels of depressive symptoms. When parents were asked about their daughters, just 18 per cent described such signs. We have to consider that depression is also a major risk factor for suicide, wich explains the high figures of suicide in these ages.

Nine per cent of boys reported such mental health problems. But parents felt they had seen such symptoms in 12 per cent of boys, according to the study, published with the children’s charity the National Children’s Bureau (NCB). Lead author Dr. Praveetha Patalay said, the mental health difficulties faced by girls had reached “worryingly high” proportions.
Anna Feuchtwang, NCB chief executive said: “This study of thousands of children gives us the most compelling evidence available about the extent of mental ill health among children in the UK. With a quarter of 14-year-old girls showing signs of depression, it’s now beyond doubt that this problem is reaching crisis point,” she added.

She also said parents seemed to be far more alert to problems in their sons than in their daughters – with boys more likely to display behavioural problems, such as fighting and being rebellious, compared with girls.

Ms Feuchtwang said: “Worryingly there is evidence that parents may be underestimating their daughters’ mental health needs. Conversely, parents may be picking up on symptoms in their sons, which boys don’t report themselves” The Telegraph, 09/20/2017. 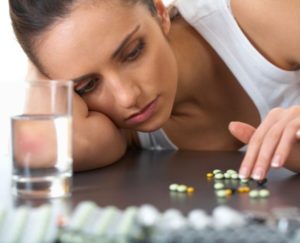 The site of American National Insitute of Mental Health report not show with due relevance, figures and prevention measures of teenager metal health (principally refers to Adult and Children). It is a West global health issue that involves suicide and also linked with anti-conceptive hormonal pills as we frequently warned. Looking for teenager depression in the site of European Comission – Health  we only found a intersting report in pdf. dated 2012.  See HERE 2017 WHO reports.

“It’s vital that both children and their parents can make their voices heard to maximise the chances of early identification and access to specialist support.”