Penis transplantation. Ethical aspects that should not be ignored

The reasons for which penis transplantation may be required are varied and include work accidents, tumors and severe congenital abnormalities of the penis. It may also be required due to complications following circumcision, which occurs particularly in countries in which this practice is common.

In relation to this, the satisfactory results of the first penis transplant have now been published (see HERE). The recipient was chosen from 12 possible candidates based on immunological parameters that would minimize the complications of long-term immunosuppressant treatment, as well as the candidate’s psychological characteristics. The patient was 21 years old and had lost his penis 3 years prior to the transplant following a ritual circumcision complicated by gangrene. As a result, he lost normal penile function, causing objective emotional and psychological disorders (The Lancet, 9 September 2017). 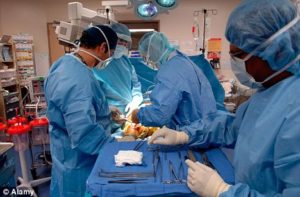 The operation lasted 9 hours. Despite some complications during the postoperative period, penile function recovered normally in terms of both sexual,  urinary activity and psychological aspects.

In 2006, a Chinese man had a penis transplant but his doctors removed the organ after two weeks due to “a severe psychological problem of the recipient and his wife” (see HERE).

We need not highlight that the positive aspects of this surgical practice are unquestionable, but, as with other types of transplants (particularly face transplants), there are ethical aspects that should not be ignored.

According to the study authors themselves, the ethical assessment of penis transplantation is complex (Read our Special Report on the issue). The first thing to consider is that the transplant candidate is well informed of the risk-benefit of this surgery, because in addition to the physical risks and need for long-term immunosuppressant therapy, it may also entail unquestionable social and psychological problems. Patient management must, therefore, be conducted with the utmost sensitivity, particularly to protect their privacy, in order to avoid any stigmatization or discrimination that the transplant could cause.