African physicians as a whole reject euthanasia and physician-assisted-suicide

The President of The World Medical Association (WMA) – African region, Ogirima has called for a strengthening of palliative care for patients with terminally ill ailments across Africa. It is good to know that African doctors have not forgotten the profession’s venerable stand against the active killing of patients. Contemporary doctors in the West could learn from their African colleagues. 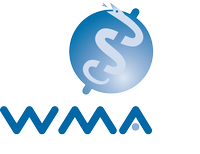 The president, however, said African region rejected physicians assisted suicide and euthanasia, describing them as contrary to the physician’s oath. The oath stipulates “I will not use my medical knowledge to violate human rights and civil liberties even under threat’’, he said.

Ogrima affirms, Euthanasia is ending the life of another person through various actions which included injecting the person, giving an overdose and withdrawal of food. He also explained that physician-assisted suicide is a practice where doctor provides patients with the knowledge to kill themselves which could be in form of drugs among others.

“We Africans reject euthanasia and physician-assisted suicide. We cannot assist patients, who may wish to end their lives because the law of the country and WMA ethics of physicians does not permit us to take life.’’

Similar, Otmar Kloiber, the Secretary-General of WMA urged physicians worldwide to chart a course toward the safety and security of terminally ill patients, rather than prolonging their sufferings.

He identified the end of life as necessary care to comfort patients, take away pains and anxiety, urging all countries to channel adequate resources in this direction.

He, however, called for universal health coverage that guarantees health insurance. According to him, such measure will provide palliative care coverage and a proper quality healthcare. See HERE our Report about World Health Organization – UN negligence on this matter.

Euthanasia and assisted suicide rejected by other international medical associations