An article in the Italian newspaper La Stampa with this suggestive title: The Pope on abortion and those memory-less commentators (17 6 2018) made a detailed review of the different papers and speeches from the very beginning of his pontificate. We quote the most significative of them. 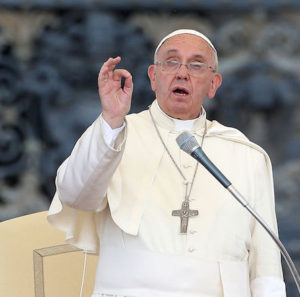 The author begins “Selective abortions compared to the practices of the Nazis, although made today “with white gloves”. The family, the image of God, is formed by the marriage of a man and a woman. Pope Francis’ strong words during his audience with the Forum of Family Associations have made headlines causing different reactions. It seems sincerely specious and even laughable the reaction of those gloating because “at last” Bergoglio would have adapted to certain standards on ethical issues. Reactions that might be suitable for certain newspaper headlines, but that can only be made by those who have forgotten or pretend to have forgotten the public words that the Argentine Pope has dedicated to these issues since the beginning of his pontificate.

“Francis had put a clear and definitive word rejecting abortion on paper from the very beginning, in the apostolic exhortation “Evangelii Gaudium”, the programmatic document of his pontificate, which in paragraph 214, on the subject of abortion, states: “Precisely because this involves the internal consistency of our message about the value of the human person, the Church cannot be expected to change her position on this question. I want to be completely honest in this regard. This is not something subject to alleged reforms or “modernizations”. It is not “progressive” to try to resolve problems by eliminating a human life. On the other hand, it is also true that we have done little to adequately accompany women in very difficult situations, where abortion appears as a quick solution to their profound anguish, especially when the life developing within them is the result of rape or a situation of extreme poverty. Who can remain unmoved before such painful situations?”

“It is a crime, it is absolutely evil”

The words on “ideological colonization” dedicated in a particular way to abortion and gender ideology, presented as cultural forms imposed on poor countries, are dated January 2015 and have been repeated, deepened, elaborated several times. In February 2016, in a dialogue with journalists aboard the plane returning from Mexico, Francis said that “Abortion is not a “lesser evil”. It is a crime. It is wiping out one to save another. That is what the mafia does. It is a crime, it is absolutely evil”, thus making a dramatic comparison between the killing of children in the womb and the massacres of organized crime.

“In the last century, the whole world was scandalized by what the Nazis did to maintain the purity of the race. Today we do the same, but with white gloves”.  Pope Francis, 16 June 2018 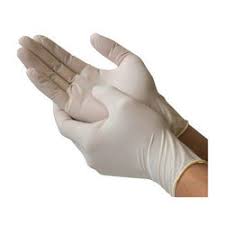