Why is the potential depression and suicide risk of contraceptives under-recognized?

The fact that oral contraceptives can have objective side effects, especially thrombotic problems, is well proven (see HERE). Now, another side effect has been added: depression and suicide. Indeed, the German Federal Institute for Drugs has recently made public a note in which it requires that pharmaceutical companies also include in their patient information leaflets that oral contraceptives may cause depression, specifying that “the depression may be severe and, occasionally, cause suicidal thoughts” (see HERE). This recommendation is based on a Danish study that included 475,802 women, in which it was found that the risk of suicide was 3.08-fold higher in young women (between 15 and 19 years) who use contraceptives than in the control group.

In this sense, the study of the  American Journal of Psychiatry titled, Association of Hormonal Contraception With Suicide Attempts and Suicides is conclusive. It affirms that Assuming that the demonstrated associations are causal, the absolute increase in events due to use of hormonal contraception in our study population of previously mentally healthy women would be 1,400 additional first suicide attempts and 12 additional suicides per 1 million person-years. More awareness of possible mood implications from exogenous female sex hormones is warranted.

The article concluded that Use of hormonal contraception was positively associated with a subsequent suicide attempt and suicide. Adolescent women 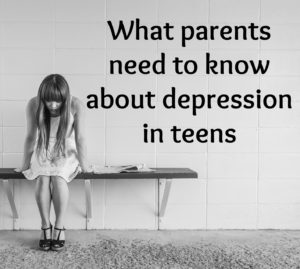 From a bioethical perspective, we should ask why this severity potential side effect continues to be little-recognized and we congratulate the German Institute of Drugs requiring that pharmaceutical companies also include in their patient information leaflets that oral contraceptives may cause depression and eventual risk of suicide.