Another molecular revolution. The atlas of human embryonic development

We publish the full text of the article published in the Civica magazine last January (Spanish version HERE) that we consider of great bioethical interest.

By now, at this advanced stage of biology in which we find ourselves, no one should doubt that each human individual, each human being, each person, is an independent reality that lives their life in a vital framework that commences with the constitution of their own genetic information — on which their biological characteristics depend — and that will end with death, leading to the cessation of all their vital functions (read our special report HERE).

However, for social expediency or ideological reasons, there are still those who adopt one of two positions: 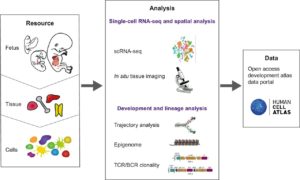 The truth is that there is already ample evidence to bow to the unquestionable fact that human life begins as soon as the genetic information is constituted, i.e. the instruction program upon which the development and construction of the entire organism, beginning with fertilisation, depends. Thus, the zygote, constituted by the fusion of the male and female gametes, embodies the first physical reality of the new individual. For this reason, it makes sense to say that the formation of the zygote constitutes the “big bang” of a new life. Once the zygote has been constituted, the molecular clock of life is set in motion (view more HERE).

In point of fact, in recent decades, the experimental proof has been accumulating of the molecular, genetic and cellular mechanisms of how the development of the new life materialises from that initial unique and “totipotent” cell, which is the zygote. This cell contains the development program that is immediately launched to construct — step by step, regularly and without interruptions — the entity that will see the light when it reaches a sufficient degree of maturity, which usually occurs nine months after fertilisation.

Human life begins as soon as the genetic information is constituted

At least three types of phenomenon are involved in the development of a human being from an initial cell:

However, all this does not occur in just any way; instead, the advances in molecular biology and genetics have revealed that embryonic development follows an order and obeys a perfectly coordinated program of genetic activities, regulated in space and time; it is continuous, as it passes from one stage to the next without a break in the continuity; and it is gradual, since as time passes and the organism grows, the specialisation pathways of the cells that make it up emerge, to form the different tissues and organs.

One thing to take into account is that as the number of cells increases, each and every one of them conserves the same genetic information constituted in the zygote, and retained from cell to cell by the replication of DNA and therefore the development program. However, even if all the cells conserve the same information, the differentiation between them is due to the genes that are active in each one, with the rest of the genome remaining inactive. The questions scientists are trying to resolve are: How does a cell specialize? What happens so that part of its genetic program remains inactive and only the right genes are expressed at the right time?

Despite its appearance, the embryo from virtually the first cell division is a mosaic of functional activities, which becomes more pronounced over time. For this reason, it makes no sense to say that the embryo is a jumble of cells, as some claim. Nothing could be further from the truth.

Actually, the major progress that has been made in recent years is our understanding of the map of genes that are activated in each place and stage in embryonic development. As the embryo grows, new genes are active in each cell, which in turn influence the genes that will be expressed in the neighbouring cells, through the production of extracellular signalling molecules. These are synthesised in the first cell and act as a signal that is generally recognised by a specific receptor on the surface of the nearby cells. When that receptor binds to the signalling molecule, it causes changes in the gene expression in the receptor cell. In this way, the number of cells grows at the same time that a genetic determination is being established towards the type of structures that will arise, with the signals coming from the nearby cells mediating this mechanism. It could be said that each cell knows what it has to do by interpreting the message that it receives from the rest of the embryo.

Thanks to the fact that, fifteen years ago, we determined the genetic map of the whole human genome, the next step is to discover the genes that are activated in each cell and at each stage of development. Since we know the information in the genes translates into the synthesis of proteins, the different roles of the cells are due to the proteins that are present in each of them. This has given rise to the implementation of a great endeavour: starting from the “genome”, to also determine the “proteome”, i.e. the types of proteins that are present in each different tissue or cell type. 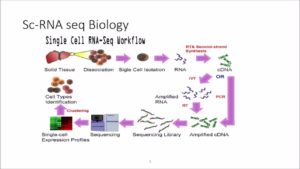 An important actor in the scenario of gene expression is RNA, since it is the mediator between the DNA of genes and proteins. When a gene is activated, a messenger RNA is produced that will then be translated into a protein. It may also happen that a gene gives rise to an RNA that will act as a signalling element to activate or silence other genes in the same or neighbouring cells.

One major breakthrough, which has been one of the turning points of science in 2018 — in the opinion of the journal Science — is single-cell RNA sequencing (scRNA-seq) technology [1]. This is a new technique that can determine the RNA in each cell, which is called the cellular “transcriptome”. Although the development of this technology is evolving rapidly, scRNA-seq is already the most reliable, precise and sensitive technology available among single-cell genomic methods [2].

This technique can determine which genes are active in each cell and at each stage of development and has revolutionised the research panorama in cell differentiation, as it allows us to follow the dynamics of embryo development as if it were a film. Consequently, scientists have started to tackle the study of the space-time map of genetic activities as the embryo grows, which has come to be called the Human Developmental Cell Atlas (HDCA) [3].

It is an attempt to make an encyclopedia of the genes that contribute to the development of the embryo and human organs through space and time, which will provide an invaluable resource to recapitulate embryogenesis, cell differentiation and organogenesis. It will also shut down any speculation about the biological nature and value of human life that grows and develops from fertilization.

It is undoubtedly an ambitious project that will not only reveal the basic biology of development and understanding of how a human being is built, step by step, at single-cell resolution, but it will generate a reference map that will allow us to better understand a wide range of biological questions about regenerative medicine, aging, cancer and reproduction. 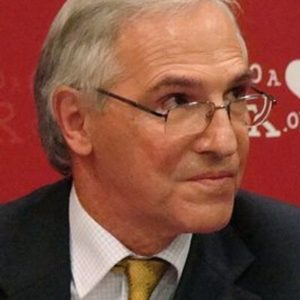 Dean Emeritus of Genetics of the University of Alcalá – Spain