Skip to content
Home/Bioethics, BIOETHICS NEWS, NEWS, Transsexuality/The Court of Arbitration in Sports puts an end to the participation of athlete with hyperandrogenism

Is it alone a matter of medication? The controversy is open

Another social and ethical problem has arisen as a result of transsexuality, by allowing trans-women, who maintain theirmale hormone characteristics, to compete with an advantage against biologically normal women. In relation to this, on 1 May, the Court of Arbitration for Sport (CAS) in Lausanne – Switzerland announced its verdict on the so called ‘Semenya Case’, in which it validates the regulations of the IAAF (International Association of Athletics Federations) regarding the restriction of athletes with hyperandrogenism. 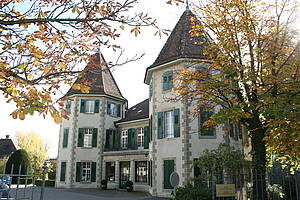 It thus dismisses the arguments of the South African athlete, who has to take medication to regulate her high testosterone levels to reduce them to below 5 nanomoles per liter (nmol/L) in blood. The rule had been at the centre of a landmark case brought against the IAAF by Semenya at the court of arbitration for sport (Cas). That case found in favour of the international athletic body and its claim that high levels of testosterone provided a material advantage in women’s competition.

But Semenya has already announced that she will appeal to the ordinary courts. The regulation, now ratified by the CAS, was set by the IAAF in 2018 to put an end to the participation of intersex athletes, women with high testosterone levels, in some athletic events, especially those from 400 meters to one mile. Shortly after the resolution of the CAS became known, the IAAF issued a statement celebrating the ruling and announcing the immediate entry into force of the regulation at issue, which became valid on 8 May (see more HERE about the statement of block Caster Semenya  from competing at world championships).

However, the Swiss federal court has allowed Semenya alone to compete again in the 800m, without medication (what she didn’t agree). The IAAF thinks differently. It hopes that, when the first cautionary term that the Swiss court granted to Semenya ends, it will again be able to prevent her from competing without medication.

Read about the recent large research published in the British Journal of Sports Medicine HERE.