Our Observatory has been reporting different biomedical scientific frauds in research papers. It is a matter that concerns the scientific community and worldwide bioethicists (read HERE). 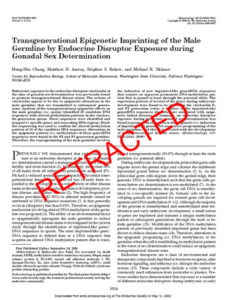 We now refocus on this issue, in line with the fact that Russian academic journals have retracted more than 800 articles, after finding that they contained unethical aspects. Thus, in September 2019, after analyzing 4.3 million scientific articles, it was found that more than 70,000 texts had been published at least twice; in fact, some had been published up to 17 times. Most cases are believed to be due to self-plagiarism. This is almost two orders of magnitude more than the total number of retracted articles from Russian journals in all previous years (Moscow Times, Jan. 9, 2020). The moves come in the wake of several other queries suggesting that Russia’s vast academic literature is riddled with plagiarism, self-plagiarism, and so-called gift authorships, read more in Science journal HERE.