Skip to content
Home/Bioethics, BIOETHICS NEWS, Human Rights, NEWS and VIEWS/Facial recognition related to unlimited personal data could threaten the rule of law and the autonomy of citizens

The archive of millions of personal data at disposal without effective restrictions, something new, at least, in democratic countries 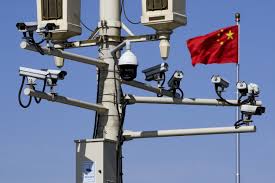 Until now, one of the conditions of a democratic state was to grant citizens privacy and autonomy. Could the current rapid technical advances objectively affect these rights?

Many institutions have warned about this issue, and the general public in the West are aware of this threat. However, according to an article published last Sunday in the Washington Post (Opinions of the Editorial Board, read HERE), defenders of unregulated facial recognition have always asked for evidence of harm before they will take any measures.

As stated in the article, the state of the art of surveillance technology in the US includes, at least, “a tiny and secretive start-up called Clearview AI whose impact is as high as its profile is low. More than 600 law enforcement agencies use the company’s tool, which depends on a database of more than 3 billion images gathered from millions of websites, including Facebook, Instagram, Twitter and YouTube […] Clearview’s results return not only names but also phone numbers, addresses, and more. The risks are familiar but amplified many times over.”

Explosive mix: facial recognition system treat increased by the access “to databases with not only names but also phone numbers, addresses, and more…”

The Post also cites a case reported in the New York Times last month, in which “a man in Michigan named Robert Williams was wrongfully arrested early this year after an algorithm misidentified him, indicating to officers that he was a match for surveillance video of someone shoplifting $3,800 worth of watches. Police showed up at his home, handcuffed him in front of his wife and daughters and held him for 30 hours, during which time he demonstrated to detectives that he wasn’t the black man depicted in their grainy image. Weeks later in court, the prosecutor moved to dismiss his case. ‘How does one explain to two little girls that a computer got it wrong, but the police listened to it anyway?’ Mr. Williams wrote in an op-ed for The Post.

Based on these cases, the American Administration introduced legislation to impose a moratorium on biometric surveillance technologies until rules are in place. However, it omits what we think is more important: the archiving of millions of personal data available on the internet. This violates data privacy treatment in democratic countries monitored by supranational institutions that prohibit any use of these data, with strong penalizations.

In this respect an article of English paper The Guardian – Opinion said:

“Universities and ethics boards could play a vital role in counteracting these trends. But they rarely work with people who are affected by the tech, said Laura Montoya, the cofounder and president of the Latinx in AI Coalition: “It’s one thing to really observe bias and recognize it, but it’s a completely different thing to really understand it from a personal perspective and to have experienced it yourself throughout your life.”