In an article that we published a year ago, Dr. Justo Aznar analyzed the initiative of fertility clinics in the United Kingdom that called for the use of cryopreserved sperm in clinics and sperm banks, from deceased people, for reproductive purposes. This initiative responded to a great shortage of sperm in that country because it is one of the countries in which anonymous donation is prohibited. The article concluded with a bioethical assessment that we could synthesize in one question: Is it ethical to deliberately create a child who will be orphaned from birth? read HERE

BBC does not consider a relevant aspect of “Creating life after death”; deliberately create an orphaned child from birth

Last March, the BBC World Service released a video of the Heart and Soul series called “Creating life after death” that went viral, citing a particular case of a girl conceived with the sperm of her deceased father. The video emphasizes the emotional aspects, without excluding some ethical opinions. 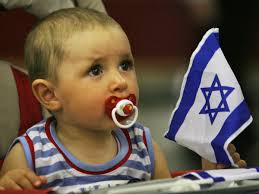 On July 5, the BioNews website (read HERE) published a review of the podcast “Creating life after death” focusing the debate on this technique in a case that occurred in Israel and offers the opinion of bioethicists, anthropologists and rabbis in favor generalizing this practice. The argument they propose is based on the particular demographic conditions of that country and the need to follow the Bible’s precept “go and multiply.”

In this sense, the aforementioned article quotes Irit Resemblum, the pioneering lawyer who developed the concept of biological will that “has enabled the births of hundreds of children through posthumous reproduction.”

In the same line of thought, Vardit Ravitsky, a professor at the University of Montreal and President of the International Association of Bioethics, published an article in OMEGA – Journal of Death and Dying entitled “Soldiers’ Preferences Regarding Sperm Preservation, Posthumous Reproduction, and Attributes of a Potential “Posthumous Mother”, affirming that “In Israel having children is a” national imperative “which has conditioned the orientation of family planning in this country […].” She goes on to say that prior informed consent from the deceased would not be necessary, since the country accepts the reproductive use of these sperm or any other donation of gametes, considering that there would be a presumed consent of the deceased person.

Having children knowing that they will be orphaned from birth

Contrary to this position is that of Elan Neuman also Israeli, who argues that having a father is not the same as knowing his biological origin, being a father is much more than transmitting a genetic inheritance (read HERE).

When the procreation of a child is separated from her upbringing and care, it can constitute an attack against his dignity and rights.

It is not the same that a child grows up without his parents because they die, that he is deliberately deprived of having a paternal figure, as in the case at hand, for having died before conception. The parents’ desire to conceive a posthumous child should not prevail over the child’s right to be raised and educated by both parents, which is the most favorable environment for her comprehensive development.

Life should always be a gift, somehow unpredictable, not subject to any design, and worthy of all the necessary care, in any circumstance, by the environment where every human being should be engendered: his own family.