Cristiano Ronaldo was born thanks to a conscientious objector

Without the doctor’s reticence and attempts to discourage his mother from aborting.

Role of conscientious objector doctors in the birth of Crisitano Roanaldo 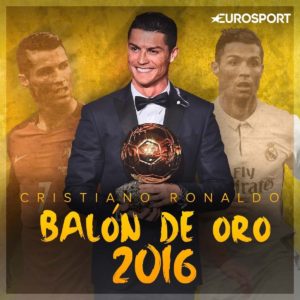 “At that time I was 30 years old and I had three children. It didn’t seem right to deal with a new arrival and enlarge the family, so I went to a doctor, but he refused to do anything”, she explained. It was a far from rosy time at home: feeding her children Hugo, Elma and Cátia Liliana became more of a challenge every day with her husband José Dinis out of work (he died in 2005 due to alcoholism) and with little savings”. But the doctor’s reticence (conscientious objector doctors) and attempts to discourage her from aborting did not stop her from trying to terminate the pregnancy anyway, which she attempted with a “homemade remedy” suggested by a friend: “She told me to drink warm ale. That way, the child would die” (‘we don’t give the devil ideas’). However, the beer couldn’t stop the vital energy of the heart that beat in Dolores’s womb. A few hours after taking the “potentially fatal” drink, peace continued to reign in Ronaldo’s mother’s womb, as a sign that the “homemade remedy” hadn’t worked. Little by little, Dolores (already used to feedings, nappies and night-time crying) decided to have her fourth child. “If it’s the will of God that this child be born, then so be it”, was her innermost thought.

On 5 February 1985, in a city on the Savage Islands, a small archipelago in the Atlantic Ocean closer to the African coast than to Portugal, Cristiano Rolando was born. A strong healthy boy who became world famous because of his singular football talent.