James Caspian, a psychotherapist who specializes in working with transgender people, began the research about gender reassignment reversal at the university in south-west England. When he presented his preliminary findings that suggested growing numbers of young people, particularly women, were regretting gender reassignment, Bath Spa said him that the university ethics committee has objected to the research and he should stop it. 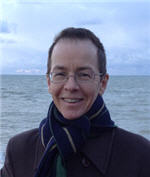 Caspian said he was “astonished” by the decision and had sought legal advice.

“A university exists to encourage discussion, research, dissent even, challenging ideas that are out of date or not particularly useful.”

According to Caspian, the university said: “Engaging in a potentially politically incorrect piece of research carries a risk to the university. Attacks on social media may not be confined to the researcher, but may involve the university.

“The posting of unpleasant material on blogs or social media may be detrimental to the reputation of the university.”

A spokeswoman for Bath Spa said the university could not comment because of a continuing investigation into the matter, which was first reported in the Times. 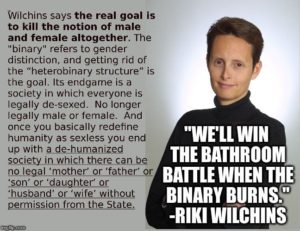 Our Observatory doesn’t understand why The Guardian quote an American activist in this English debate, “The US transgender activist Riki Wilchins told Today there had been a strong political undercurrent in previous studies, which had been used to restrict transgender people’s access to surgery.”

“So when I see one more study that aims to show transgender people really don’t need this or want this, or they are just deluded or suffering from some other kind of psychopathology, I look at it a little bit warily … The problem is not the study itself, it’s the uses to which that study is put,” she said. Why does the American activist quoted show fear of a possible negative result and disapprove of scientific research to help affected people?

Caspian said he understood concerns in the transgender community. “I’ve worked for many years with people who have transitioned their gender and I think that when people feel marginalized and vulnerable to criticism, they are very sensitive to anything they may perceive as that, and feel afraid,” he said.

“The idea we might use the information from the research that I was going to do in a way that would not help people is completely wrong. The research is necessary to really help people.”

Caspian is a trustee of the Beaumont Trust, a charity that provides education about and support to transgender, transsexual and cross-dressing people. He said he was first alerted to the issue of gender reassignment reversal in 2014, when a Belgrade doctor told him he had been asked to carry out an unprecedented seven reversals that year.

“I found it very difficult to get people willing to talk openly about the experience of reversing surgery. They said they felt too traumatised to talk about it, which made me think we really need to do the research even more,” he said (The Guardian, 09 – 25 – 2017).