Can HIV-discordant couples have healthy children?

Possibility of avoiding transmission and having a healthy child

As stated in an article published in Human Reproduction , a fundamental aspect to take into account in the reproductive counseling that may be given to a HIV-discordant couple (a couple in which one of the members is infected and the other not), is to properly inform them of their options, both the assisted reproduction and the natural route, to be able to have a healthy child and that the unaffected member does not become infected.

For those couples who wish to use assisted reproduction, the possibility of avoiding transmission or having a healthy child is almost 100% at the moment, but when the couple discards this option and wants to grow their family through natural conception, the possibility of achieving this goal is not well determined. This is what the aforementioned article refers to.

In order to achieve this, the first obstacle to overcome is the difficulty in finding a sufficiently large group of serodiscordant couples to be able to obtain statistically evaluable data. 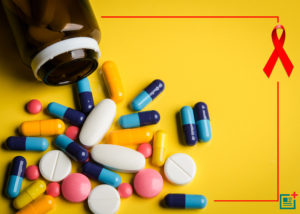 Before the advent of the currently-used antiretroviral treatment, the possibilities of infecting the healthy member of the couple, or of mother-child vertical transmission, varied between 0.0001 and 0.0014 in studies conducted in the United States and Europe in discordant couples.

Now, with the achievements made with this type of therapy, the situation is very different, and it is to this that we will refer.

Antiretroviral treatment and conception. The blood viremia is known to practically disappear with this treatment.

We know that thanks to antiretroviral therapy, AIDS has changed from a fatal disease to a chronic one, i.e. the survival of those infected may be almost unlimited if the antiretroviral therapy is taken correctly because the blood viremia is known to practically disappear with this treatment.

If this is so — that the circulating viremia is zero — the possibility of infection would be virtually non-existent; therefore, it is the viremia that would have to be evaluated in the case discussed, i.e. in the case of an HIV-serodiscordant couple who wish to extend their family through natural conception. 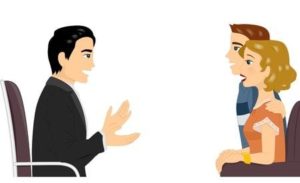 As mentioned, there are very few studies in which this is evaluated. Nonetheless, one was published in the Journal of Acquired Immune Deficiency Syndromes – Peer-reviewed journal (see HERE ), in which the authors managed to gather 70 HIV-serodiscordant couples treated with antiretrovirals who wished to have a child naturally. In this case, 68 children were born out of a total of 76 pregnancies. Only one of the children was born HIV-positive, but none of the healthy members of the serodiscordant couple became infected. This is the point upon which we are going to base our reflection.

There are basically two possibilities that must be evaluated: whether the healthy member of the serodiscordant couple is infected through the sexual relationship, and whether the potential child could also be infected.

Assuming that the plasma viremia and even the semen of the infected male (if he is HIV-positive) is zero, the possibility of infection, as concluded from the study outcomes, is remote.

Could HIV-discordant couples have a child naturally? Our bioethics assessment

Therefore, in the balance of ethical and moral judgment that this topic presents, on one side is the desire of that couple to have a child naturally, and on the other the remote possibility of infection. It is the couple themselves who, in the exercise of their personal autonomy, must take a decision in the light of the information provided, i.e. would they be prepared to take that minimal risk of infection in their wish to have the child or not? This is the ethical dilemma. Among the findings discussed it should be added that, in the event that the child or one of the members of the couple become infected, they could be treated effectively with antiretroviral therapy.