Rights of women during childbirth. Does informed consent mean doctors can perform surgery against patient explicit will?

Can doctors perform surgery only with the pregnant mother’s signed consent document when they enter hospital?

Nadia Sawicki, professor of law and bioethics at Loyola University Chicago (see HERE) says that even though patients sign consent documents when they enter the hospital, that does not mean doctors can perform surgery against their explicit will. If that were so, then anytime anyone entered the hospital, they’d give up their agency entirely.

“Every time you go to a hospital, you sign consent forms – there is paperwork involved,” Sawicki explains. “But a basic legal principle that everyone understands is you need to have consent before that kind of a patient interaction. 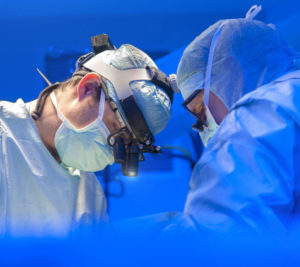 You can have a document that says, ‘consent to all treatment’, but if a doctor hasn’t had a conversation with the patient, that consent document isn’t going to protect the hospital.” In an ideal world, physicians would only recommend or perform interventions when medically necessary and the necessity of those interventions would be clear. That, however, is not the world we live in. Research shows that the prevalence of certain childbirth interventions has far more to do with where and when the physician was trained, the culture of the hospital, and even the time of day or day of the week. A labour that one doctor views as too slow, another may view as slow but safe.

Disregard of consent during childbirth and the use of unwarranted interventions are more common than one might like to think. In the Listening to Mothers III Survey of CHILDBIRTH CONNECTION (see HERE), a 2013 study of maternity care in the US, 59 per cent of participants who had experienced an episiotomy said they did not have a choice about having the procedure. Between 8 and 23 per cent of mothers also reported experiencing pressure for a range of other interventions, including labour induction, epidurals and C-sections. The same pattern holds in the UK. More than 12 per cent of women said they did not give their consent to examinations or procedures in a 2013 survey conducted by Birthrights.  – The Independent 18 Decembre 2017.

Worldwide figures appears to be similar

Around one-third of women experience trauma while giving birth. A recent study published in the journal BMC Pregnancy & Childbirth asked 943 of these women from around the world about their experiences with birth trauma. Two-thirds of them said that their trauma related to the way they were treated by medical professionals.