For now, iPS cells have revolutionized the laboratory bench more than bedside

In a recent article, Amélie Rezza discussed the current use of iPS cells, understanding as such adult cells reprogrammed following a technique discovered by Yamanaka. See HERE our site for furthermore information. 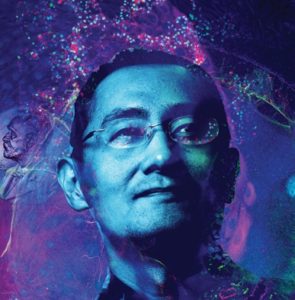 After the development of these cells, it was thought that they would transform cell therapy. The idea was to differentiate iPS cells from the adult cells of a particular patient into the type of cells that were altered in that patient, in order to correct the genetic alteration and reintroduce the corrected cells into the affected organ.

In this respect, the technique was applied to older patients with retinal macular degeneration, but the trial was halted when genetic alterations were found in the second patient’s cells. As far as we are aware, no new clinical trials with iPS cells have been initiated. As Rezza says, “for now, iPS cells have revolutionized the bench more than the bedside”.

iPS cells current use across a broad spectrum of disciplines, such as regenerative and developmental biology, neuroscience, cardiology, hepatology, disease modeling…

iPS cells current use in other disciplines

Nevertheless, although iPS cells have failed — or are failing — in clinical medicine, they are being used across a broad spectrum of disciplines, such as regenerative and developmental biology, neuroscience, cardiology, hepatology, disease modeling and pharmacological applications, allowing major advances to be made in the elucidation of the pathogenic mechanisms of numerous diseases, such as Alzheimer’s and Parkinson’s.

Objective difficulties to be resolved

Major breakthroughs have also been made in differentiating iPS cells obtained from healthy donors or patients into hepatocytes and cardiomyocytes to assess new drugs. One objective difficulty, though, is that most iPS cells obtained shows signs of immaturity, resembling more fetal than adult differentiated cells, thus necessitating the development of new technical protocols to resolve these difficulties.

In addition to these limitations, it is important to recognize that the reprogramming process is still not well understood, which makes its clinical application difficult.

In view of these and other difficulties, such as the risk of tumor development in the cells obtained from iPS cells, an obvious technological challenge arises to try to meet all the expectations, especially clinical, raised by iPS cells following their discovery in 2006.