The French Supreme Court, the highest state judicial authority in France, has overturned the assignment of “neutral gender” to a citizen. The text of the ruling states that accepting it “would have profound repercussions on rules of French law” (see HERE). 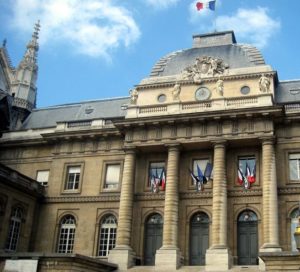 The case reached France’s highest judicial body, which determined that the distinction between male and female is “necessary to the social and legal organization, of which it is a cornerstone”, and that the recognition of a neutral gender would have “deep repercussions on French law” that would require legislative changes.

Gaëtan, a 65-year-old psychotherapist who lives in eastern France, said that he had been “given” a male first name (see HERE the entire case). After years of cover-up, Gaëtan got married at age 42 and then adopted a child with his wife. In August 2015, a judge from the family court in Tours, his birth city, accepted the mention of “neutral gender” in his documents. However, in March 2016, the Orleans Court of Appeals overturned the ruling, justifying their decision by saying that it would require “recognizing, in the guise of a simple rectification of his personal records, the existence of another sexual category”.

According to Gaëtan’s lawyers, “the Supreme Court refuses to recognize the true identity of these people who are neither men nor women”. In a statement, the plaintiff’s lawyers Mila Petkova and Benjamin Pitch said that “this decision constitutes violence and discrimination of the applicant and more widely intersex people”. (Le Parisien, 04 May 2017).

In our opinion, the legal and social acceptance of a neutral gender would be a step towards legitimizing transsexuality, without considering the inherent biomedical and ethical aspects.