Ears made in China, using 3D printing technique, are implanted in 5 children

A team of Chinese scientists has been able to implant ears created using an experimental technology that combines cultured patient’s cells with 3D printing in five children. The children suffered from microtia, a congenital external ear deformity that affects one in every 5,000 newborns, and is more common among Hispanic, Asian, Native American and Andean populations. Microtia not only affects the shape of the ears but also their function. 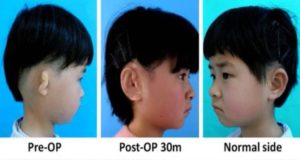 According to an article published in EBioMedicine, the researchers took chondrocytes (a type of cartilage cell) from the children with the condition to grow new ear-shaped cartilage, following the shape of the healthy appendage that had been replicated with 3D printers – read our article about this technique HERE.

Most of the ears were grafted onto the children two years ago, but one kid got his new ear a few months ago. This long-term follow-up is crucial because it shows that the ears have not been rejected by the body and that the cartridge continues to grow inside the biodegradable mold. Photos show that, over time, the implanted ear becomes more and more detailed.

The method is complicated, expensive, and would be hard to do on a large scale, so it’s unlikely to become widespread. Still, being able to grow cartilage cells to fix this ear deformity has been a goal for a long time. We’re not quite at the point where we have ears for all, but it’s a nice step forward, said an article (read more HERE).