Animals testing ethics. A recently published interview successfully addresses the antagonism between animal welfare and the undeniable need for animals for biomedical research.

We quote the article published by Stats that affirms “Some cities have public advocates. Others have consumer advocates. And education advocates. But Cambridge, Mass. is the only city in America that has an advocate for mice, rats and other creatures. She is Dr. Julie Medley, and her official title is Commissioner of Laboratory Animals. In an unlikely position for someone who thought her career would be devoted to treating cats and dogs in a veterinary practice, she wields considerable authority over some of the nation’s biggest pharmaceutical and biotech companies.

A protector of animals and a peacemaker with the companies she inspects. 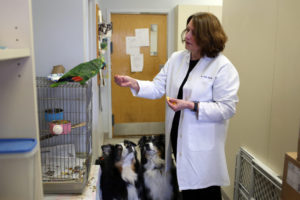 Medley comes to the role with a unique perspective: As a working veterinarian, she presents herself as both a protector of animals and a peacemaker with the companies she inspects.

“Ethically, I’m walking a fine line between trying to serve two almost opposing views,’’ she said — the views of those who would like to minimize animal research and of those who believe the work is essential to move science and medicine forward.

Though the city requires the lab animals commissioner not have ties to either the biopharma industry or to the animal rights movement, Medley has a very personal reason why she believes in the work of companies she regulates.

“My own sister passed away from cancer, and she probably lived and an additional four or five years based on a drug that came out of the labs in Cambridge,’’ she said. “And so that hit very close to home. But it’s ethically hard. It’s hard to walk down the middle of anything.’’

Day after day, Medley shows up — unannounced — at labs across this city and gently demands a tour of companies’ animal research facilities. The companies have no choice but to open their doors. 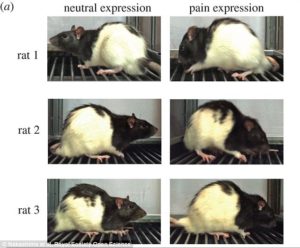 After she puts on protective clothing, including a disposable, tissue-paper-like gown and shoe coverings, employees guide Medley to where tens, thousands, or in some labs, hundreds of thousands of mice and rats live, eat, and sleep. They show her animals’ medical records. Sometimes, by chance, Medley will be there to watch researchers conducting procedures or surgeries.

“I will watch over their shoulder and make them very nervous — that’s not my intention,’’ Medley said in an interview with STAT. “But that’s one of the things I like to see. It’s one thing to read it on paper and it’s another to actually see the work being done.’’ (read here entire interview Stat, April 2, 2019).

Debate on animals for experimentation. Although there is a radical movement fighting to stop animal testing, in our opinion, biomedical research needs this practice to achieve the present pharmaceutical and medical advances. Now, a recent article shows the experience of a veterinarian who we believe has found a positive bioethical way to care the animals without affecting biomedical research.