One bioethical issue our Observatory is following is the proliferation of clinics offering stem cell treatments, many of which do not meet the necessary quality requirements. We published our first article on this problem in 2017 (see HERE and also North America’s two cell therapy companies fined for medical fraud. Is it the tip of an iceberg?). We congratulate the FDA on their campaign to protect patients and the advance of clinical applications of these promising techniques. In this regard, we cite a CNN News article published on June 4, 2019.

(CNN) The US Food and Drug Administration won a major legal victory in its ongoing effort to crack down on clinics marketing bogus and potentially hazardous stem cell products. 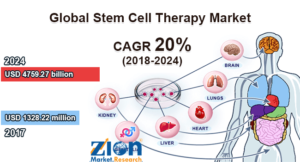 On Monday, a federal judge in Miami granted the FDA an injunction to prevent the Florida-based US Stem Cell Clinic from offering treatments designed to create stem cells from body fat and administering them intravenously or directly into the spinal cords of patients to treat Parkinson’s disease, amyotrophic lateral sclerosis, chronic obstructive pulmonary disease and other serious conditions.

Over the last four years, FDA investigators documented evidence that the clinic failed to establish and follow appropriate procedures to prevent microbiological contamination of products which it said put patients at risk for infections. US Stem Cell Clinic also refused to allow FDA investigators entry, except by appointment, and denied access to employees, the agency alleged. Refusing to permit entry for an FDA inspection is a violation of federal law. US Stem Cell Clinic maintained it was not required to comply with FDA regulations, claiming the procedure did not fall under the agency’s Food, Drug, and Cosmetic Act.
“We continue to see companies and individuals use questionable marketing campaigns to take advantage of vulnerable patients and their families with unproven claims about their unapproved stem cell products”
In the ruling, US District Judge Ursula Ungaro dismissed the clinic’s argument, writing that the FDA acted within its powers and there was “a reasonable likelihood” that the clinic would continue to violate the law. US Stem Cell Clinic said in a statement it was “disappointed” in the court’s decision and that it believed there was “substantial evidence” supporting the stem cell treatment. “We’re hopeful the FDA will keep striving to work with the industry to establish clarity around innovations in regenerative medicine.” Dr. Peter Marks, the director of the FDA’s Center for Biologics Evaluation and Research, heralded the judgment as a victory “to stop these bad actors and to protect patients. “We are committed to continuing to pursue actions against those who put patients in harm’s way by marketing unapproved stem cell products that skirt FDA’s regulations and federal law.” 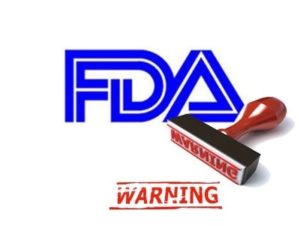 Former FDA commissioner Dr. Scott Gottlieb called the decision “a critical precedent” and a step toward “efficient, effective, safe oversight of cell based regenerative medicine”.  Stem cells are sometimes called the body’s master cells, as they develop into blood, brain, bones and organs, and have the potential to repair, restore, replace and regenerate cells. Scientists believe it is possible these cells can be used to treat many medical conditions and diseases.
The FDA has not approved any stem cell-based products for use as treatments other than blood-forming stem cells derived from umbilical cord blood, according to the agency’s website.
In recent years, the agency has been waging an offensive against clinics offering unapproved stem cell therapies. Last week, the agency sent a warning letter to an Arizona-based clinic and its affiliates for suspicious marketing. “We continue to see companies and individuals use questionable marketing campaigns to take advantage of vulnerable patients and their families with unproven claims about their unapproved stem cell products,” Acting FDA Commissioner Dr. Ned Sharpless said in a statement about the action. “The reality is that at this time, there isn’t enough evidence to support the use of stem cells for purposes other than reconstitution of blood formation and the immune system.”
A 2017 paper published in the New England Journal of Medicine recounted how three women with macular degeneration, ages 72 to 88, were left blind after a stem cell treatment at an unnamed clinic in Florida in 2015.
Read here our Cell therapy topic