Is DNA testing reshaping the definition of family?

DNA testing is a rapidly-developing business, and anyone can access their genetic relations for a reasonable cost including DNA paternity testing. However, there is a conflict between the right of people to know their genetic paternity and the right to privacy of the family members involved, an issue our Observatory has addressed many times (see HERE).

Now, an article with the evocative title, “DNA testing is radically reshaping the definition of family,” has been published in an American newspaper (Washington Post, May 15, 2020).

In a scenario where a strong movement is pursuing the removal of gamete donor anonymity by law, the great bioethical concern is to understand the personal and social effects being produced by this change. We excerpt from The Washington Post’s aforementioned article what we consider of most bioethical interest.

The author begins with a particular example of a man who, out of financial necessity, had been a sperm donor in the 1970s. “Over the past few years, the number of children [Robert] Jenkinson learned he had helped conceive through donation has grown, as more and more of them have found him through commercial databases. At last count, he reported 22 genetic children, and he was cautiously and thoughtfully feeling his way toward relationships with those who wanted to know him.” 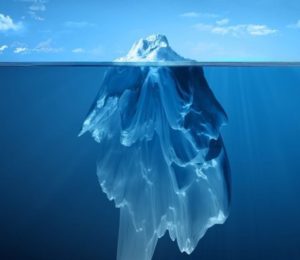 Is this an isolated case or the tip of the iceberg?

In this respect, the author presents the current reality in the United States:

“We live in the age of genetic reckoning. It’s now remarkably cheap and easy to spit into a vial or swab your cheek and find out about your genetic relatives and ancestral history. Most of the time, the results are merely interesting. But in a significant minority of cases, the information is life-changing, answering questions people never thought to ask, like: ‘Is my father genetically my father?’ In the decade or so since home DNA testing companies began offering products with the power to identify what are sometimes called ‘DNA cousins,’ this technology has begun to profoundly change the American family.”

The article continues, giving figures showing the current and potential future extent of the issue.

“Well over 30 million people have swabbed their cheeks or spit into vials through companies like AncestryDNA, 23andMe, MyHeritage DNA and FamilyTreeDNA, receiving results about their ancestral histories, their genetic cousins, and their risk for conditions like celiac disease, Alzheimer’s and certain kinds of cancer. Even with a recent slowdown in ‘spit kit’ sales, more and more people will join these databases in the coming years. Based on my interviews with genetic genealogists, population geneticists and other industry observers, my conservative estimate is that at least 1 million people who’ve engaged in recreational testing have experienced one of two significant surprises in their results: that the man they call Dad is not their genetic father or that they have a previously unknown half-sibling. (A Pew Research Center study last year found that more than a quarter of testers discovered a new ‘close relative,’ a looser definition that would put us closer to 10 million consumers experiencing such a revelation.)”

IVF people claims for their right to know