Skip to content
Home/Abortion, Bioethics, BIOETHICS NEWS, Human embryos, Human Rights, SPECIAL REPORTS/“For an Europe faithful to human dignity”. A cultural platform, of which our Observatory is a member, is launched in Paris

“For an Europe faithful to human dignity”. A cultural platform, of which our Observatory is a member, is launched in Paris

The Cultural Platform was launched – february 23 – in Paris at the Palais de Luxembourg meeting together national organizations that defend life all around Europe. More than 300 institutions and intellectuals, from all over the European continent assisted and our Observatory was represented by Dr Gines Marco. This iniciative has been promoted by One of Us. 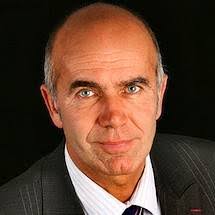 We quoted an intersting article by Jean Marie Le Méné, President of the Jérôme Lejeune Foundation and also member of the new platform to explain the subject matter of the forum. “This conference aims to warn against the relativism that rages in Europe and to awaken consciences and intelligences. It will lead to the creation of a European cultural platform bringing together European intellectuals and academics.

The world has changed. Men have realized the project of self-definition, self-construction, self-modification, and self-destruction. Every morning, men decide to be or not to be. It is the triumph of Modernity in the historical sense of the term. Nowadays, no more public or private institution disputes this acquisition of philosophical autonomy, even if few isolated voices are still trying to be heard.

Should we go to dialogue in ethical purgatories, quibble over the drafting of a law article, or slip amendments? The moorings on the shores of wisdom have been dropped for far too long and the wave is too powerful. We already have the answers to all the problems, all the questions, all the doubts.

Is procreation a market like any other one? Why not if it helps? Is the human embryo respectable? No more than a laboratory material. Is the abortion of all disabled persons legitimate? It is an “established order” compatible with the prohibition of eugenics. But are the laws not respected? To follow the rule, let’s change the rule. Etc. Added to this are the debates, like brandishing palliative care as a talisman, so as not to have to articulate a “no” to euthanasia. Or criticize the PMA for all without criticizing the PMA at all. Alas! Palliative care does not prevent euthanasia more than perinatal medicine prevents abortion. And the notion of “parental project” chosen to define the child no longer makes it possible to avoid the extension of the PMA.

The problem is much deeper than the foam of these controversies; it is that of the legitimacy of the human being. Does the human being still enjoy any pre-eminence in the great profusion of the living or in the display of technique? If it is the case, then it must be said quickly because the market has targeted its new Eldorado: the human body, a renewable energy that has no price – that even has no value anymore. The phase of the deconstruction of humanism is complete. Transhumanist reconstruction is at work. Shall we, the rope around the neck, negotiate the terms? As the French philosopher Rémi Brague writes, the challenge is no longer that of the Good, as it was in the XIXth century, nor that of the True, as it was in the XXth century, but that of the Being.” (read HERE entire article).