Israeli researchers have used the CRISPR gene-editing tool – read our special report on the issue – to obtain single-sex offspring in mice. In their article published in EMBO reports, the scientists managed to obtain almost exclusively female offspring from the genetically modified mice, since the few male mice born died shortly after their birth. Nevertheless, as the researchers explain, the technique can also be used to achieve the opposite effect, to produce only male mice. 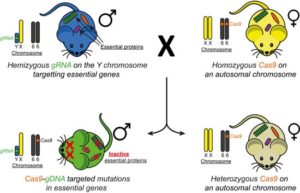 The system is based on locating the two components of the CRISPR-Cas construct (guide RNA that indicates where to cut the genome and the enzyme Cas that cuts it) separately in eggs and sperm, so that when the mice are crossed in fertilization, the two components are found and the gene-editing system is activated.

In the experiment, the maternal line encoded a cas9 protein on an autosomal chromosome, while the paternal line encoded several guide RNAs on the Y chromosome targeting vital mouse genes. After fertilization, in the female zygotes, produced from an X sperm, the guide RNAs were not found, so the system was not activated. However, when a male zygote was produced, “the presence of both the Y-encoded guide RNAs from the paternal sperm and the Cas9 protein from the maternal egg [targeted] the vital genes [of the zygote]”, resulting in its death. 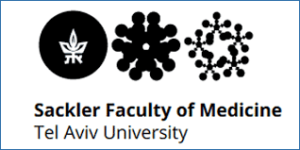 From an ethical point of view, the proposed applications are acceptable, and possibly even desirable in terms of animal welfare. On the other hand, the possibility of applying this system in humans is ethically unacceptable, not only because of difficulties that may be related to discrimination on the grounds of sex, population imbalances or imposition of birth control policies, but also because of the difficulties associated with germline genome editing in humans (see HERE our article on the matter) and, above all, because the system implies the death of the individual of the unwanted sex in its embryonic state.