Dating app for couples created using genetic information. Some technical and ethical issues to be resolved

Our Observatory has published many articles on the undoubted benefits of genetic information and the eventual risks of a wrong application of this information (read Review of direct-to-consumer genetic tests. Lights and shades.) 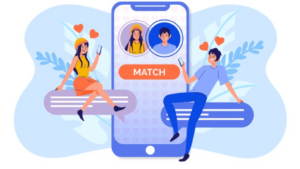 A dating app that discards couples by DNA

Now an American geneticist George Church is finalizing an app genetic information—similar to Tinder or Meetic, but using genetic data from its users—to prevent two carriers of the same hereditary severe disease from meeting, falling in love, and having children. The app, dubbed DigiD8, will be available “soon probably”, says Church on the website of his Harvard University lab.

In this regard, the Church says, “[they] are only looking at very clinically serious diseases, such as Tay-Sachs.” The brains of children with this disorder accumulate a fatty substance that destroys their neurons, and affected children often die before they reach the age of four. But for the disease to occur, both the mother and the father must have the same mutation in one of their 22,000 genes. If there is such a genetic match between parents, their child has a 25% chance of inheriting this deadly disorder.”

Church has assured that his genetic dating app will be evaluated in the non-profit organization Dor Yeshorim, created in 1983 to prevent the transmission of serious inherited diseases (especially Tay-Sachs disease) in this endogamous Jewish community. The organization, founded by Rabbi Josef Ekstein, carries out campaigns for blood testing and detection of mutations in its members. Each participant receives an identification number. When two young Jews consider having children, they exchange numbers and contact Dor Yeshorim’s 24-hour telephone line. “If they are both found to be carriers, they are informed that the match is incompatible,” explains the New York-based organization.

The DigiD8 slogan is “Science is your wingman.” The co-founder of the company is Indian engineer, Barghavi Govindarajan, a young entrepreneur with experience in the creation of other technology-based companies. “It’s okay to embrace serendipity. Just don’t depend on it”, says Govindarajan on the company’s website. The plan is to charge about 45 Euros per month to each user of the app, with the genetic analysis included, according to MIT Technology Review (see more HERE).

From a bioethical point of view, some problems may arise, the most fundamental of which is to guarantee data confidentiality to safeguard the privacy of the users.

Another aspect to be taken into account is the technical difficulties posed by the project, given that there are many genetic diseases that would have to be analyzed, many of which have very low prevalence; thus the likelihood of a couple of meeting where both are heterozygous carriers of that disease is very low. Only some very clinically serious monogenic inherited conditions, such as Tay Sachs disease, could be identified. That is, it seems a somewhat utopian project, with objective ethical difficulties and challenging to put into practical reality.