We have authored several articles questioning the reliability of IVF clinics, and contested the anonymity of sperm and egg donation, which affect the very identity of a human individual and his or her health (read HERE). In this respect, an article published in the American magazine The Atlantic reported a case of at least 36 mothers deceived by a clinic. The mothers knew the sperm donor as donor 9623 with an IQ of 160, who spoke four languages, was pursuing a doctorate in neuroscience engineering and looked like Tom Cruise. “But he wasn’t who he said he was. He wasn’t in graduate school. He had never even finished college. 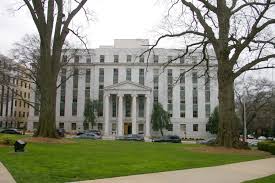 The lies began to unravel in 2014 when the sperm bank accidentally revealed his name—Chris Aggeles—and his email address in a message to a group of mothers.” By then, however, the sperm had been used in many states and three countries over 14 years, resulting in at least 36 children. The mothers affected later found out that he had been hospitalized for mental illness when he was donating sperm. One case is currently pending before the Georgia Supreme Court. This is yet another reason to tighten control of assisted reproduction clinics, and to end sperm donor anonymity (read our special report).

The accessibility DNA testing has dramatically changed the face of IVF, as people claim to know the identity of their biological parent, despite the fact that the law that protects the anonymity of gamete donors is still in force in many countries (read New legal provisions for donor-assisted human reproduction enacted May 8, 2020, and Donor anonymity a thing of the past). The rapid increase in the number of people using DNA test kits is also opening a Pandora’s box of fraud in assisted reproductive clinics, such as the case we reported above.

We don’t pretend to make an exhaustive review of the frauds of fertility clinics rising in America, only we present the latest cases recently informed. In this respect, last Wednesday Busineswire reported by leading IVF Attorney Adam Wolf two cases. We excerpt what in our opinion has more bioethics interest. 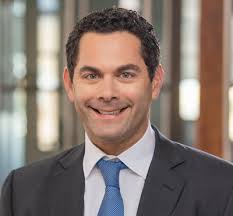 “The cases being filed today are the tip of the iceberg in hundreds of fertility fraud cases that will emerge across the U.S. thanks to home DNA test kits, according to Peiffer Wolf Carr Kane & Conway’s Adam Wolf, the leading U.S. lawyer handling fertility, IVF, and related genetic material lawsuits.”

Wolf, who has been in the forefront of pushing for tougher regulation of IVF clinics and other medical facilities handling genetic material, gave his opinion of the projection of this issue, “[…] that abuses by the rapidly growing number of medical professionals within the IVF/fertility industry will not stop until the U.S. imposes tighter regulation.”

The attorney continues, “In one case involving a doctor still licensed to practice medicine in Virginia/West Virginia, a San Francisco area woman learned via home DNA testing that both of her children were the result of her fertility doctor, Dr. Michael S. Kiken, secretly utilizing his own sperm in her fertility treatments. Despite Kiken’s assurances, the sperm was from neither a healthy nor anonymous donor. Rather, the Livermore, CA mother learned that her daughter inherited from Kiken a serious disease, Tay Sachs, which can be passed on to future generations. Kiken holds medical licenses in numerous states and has practiced in California, Pittsburgh, the greater Washington, D.C. area, Richmond, VA, Lynchburg, VA, and Martinsburg, WV.”

“The second lawsuit involves Dr. Phillip Milgram, who has a checkered history of practice in California, New York, and Las Vegas. A San Diego woman and her then-husband sought out the help of Milgram in 1988 for artificial insemination, which resulted in the birth of their son. Although Milgram told his then-patient that he would use the sperm of a healthy and anonymous sperm donor, he instead injected his own sperm into her.”

We reported recent cases of American gametes donation fraud that arrived at the Court but it is a global bioethics issue still unresolved. In this respect, a “special report” published in English web raconteur.net entitled “How to solve Britain’s sperm donor crisis?”.  “A milliliter of semen could contain more than 200 millions sperm cells. But UK fertility clinics simply don’t have enough of it form British men.” The article continues reporting the increase of the demand due to more “same-sex couples and single women who want to start a family” who go abroad in most cases assuming the risks.

Go abroad or use imported gametes frequently from countries where sperm donation is anonymous is the current way to respond to the increasing demand for fertility treatments in Britain. 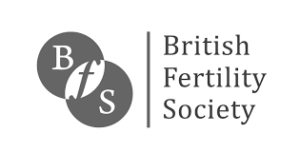 IVF clinics reliability questioned by another alternative used in the UK

Professor Allan Pacey at spokesperson for the British Fertility Society warns “We know there’s this growing underground movement of people seeking donations informally from social media networks. I get worried about women that go and get sperm from some of these guys because I don’t think the donors’ intentions are entirely honorable. (read HERE)”.

We have also reported the fraud of fertility clinics’ brochures information to the eventual client, another unregulated issue (read HERE our peer review study).

From a bioethical point of view an international regulation is needed and the urgent measure should be urgent abolishing donor anonymity with retroactive effects.