Appeals court judge Amy Coney Barrett was confirmed by the American Senate on Monday by 52 to 48 votes, elevating the fifth woman to the Supreme Court in its 231-year history. 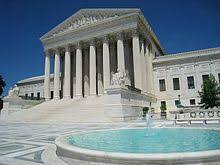 The American Constitution grants the Supreme Court a decisive role, being the last and final recourse, thus affecting all areas of the State. Although it is the acting President who appoints the candidate, this can only be confirmed by the majority of Congress. It is thus intended that this key State institution can guarantee equality and independence.

Congress’s confirmation of Judge Barrett was made in very particular circumstances. On the one hand, she is replacing a judge with a pro-abortion, anti-traditional family stance, who expressed her personal views, consolidating all the previous President’s reforms, particularly the right to abortion and civil marriage of same-sex couples. This, added to the upcoming presidential elections, has greatly marked this appointment. On the other hand, Barrett has remained very calm and has not entered the political debate, which was to be reflected in her statement after her oath prior to taking office. 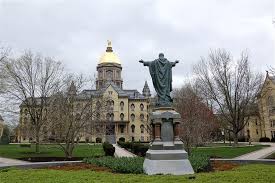 The Honorable Amy Coney Barrett appears to have outstanding qualifications for the Supreme Court post, according to the prestigious Notre Dame University Law School on their website: “She teaches and researches in the areas of federal courts, constitutional law, and statutory interpretation. Her scholarship in these fields has been published in leading journals, including the Columbia, Virginia, and Texas Law Reviews. From 2010-2016, she served by appointment of the Chief Justice on the Advisory Committee for the Federal Rules of Appellate Procedure. She has been selected as ‘Distinguished Professor of the Year’ by three of the Law School’s graduating classes.”

Barrett has said on her website that she is a “faithful Catholic”, but her religious beliefs do not “bear in the discharge of my duties as a judge”. She has also said that legal careers ought not to be seen as means of gaining satisfaction, prestige or money, but rather “as a means to the end of serving God”. She has a large family with two adopted children.

We end our article with remarks delivered by Judge Barrett after being sworn-in at the outdoor White House ceremony, published in The Washington Post (read HERE):

Who wins with the US Supreme Court reorientation?

Judges, she said, declare independence not only from Congress and the president who appointed them but also from their own private beliefs.

“The oath that I have solemnly taken tonight means at its core that I will do my job without any fear or favor, and that I will do so independently of both the political branches and of my own preferences,” Barrett told the crowd. “I love the Constitution and the democratic republic that it establishes, and I will devote myself to preserving it.”